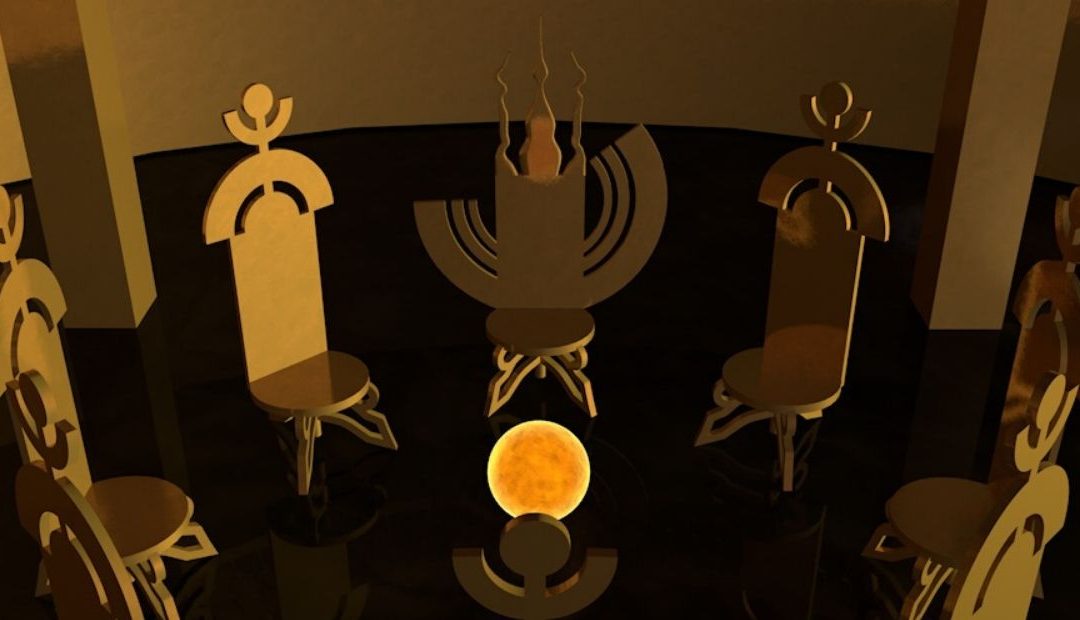 The term ‘African Mythology’ may be a broad statement considering that Africa is a vast continent with cultures as rich and diverse as a constellation of stars.

But while African cultures are diverse there is a common theme that runs in the mythologies of these vast cultures. The most widely distributed African ethnic group by far are the Bantu people.

Most Bantu mythologies and folklores are based on traditional religion and beliefs where God is rarely perceived as the creator of all things. Traditionally, the Bantu believe that the universe is eternal. It has no beginning and no end. In this belief system the nature of God is remote, dissociated and only vaguely defined, most likely manifesting in the form of natural phenomenon such as the sun, the sky, a mountain, or a river, lightning and thunder.

Therefore, African mythologies, more often than not, subscribe to the philosophy of animism.

Animism is the belief that objects, places and creatures all possess a distinct spiritual essence. In animism animals, trees, rivers, mountains and even weather systems are sentient entities capable of feeling, perceiving and experiencing the world around them subjectively. The distinction between their physical presence and spiritual essence is not hard and fast. And so African mythology often speaks of sky deities, mountain gods, water sprites, and tree spirits.

Interestingly, Yoruba mythology of the peoples of West Africa stands out from most other African Mythology in that it features well-defined characters with very human qualities. Unlike the stoic sky deities, mountain gods and tree spirits in most African mythologies, the Yoruba pantheon stories are jam-packed with intrigue, greed, passions, jealousy, conspiracy and betrayal as much as any self-respecting soap opera.

One such story is that which describes how the various gods, or orishas as they are known in the Yoruba language, came to possess their special powers.

THE ORISHAS AND HOW THEY GOT THEIR POWERS

Once upon a time, Olodumare, the supreme deity, and his lieutenant, Obatala, were the only deities who had real power. Olodumare was omnipotent, the creator of all things who was not bound by space or time. As the origin of virtue and morality he was the divine entity, having no father or mother.

As the all-knowing entity, Olodumare bestowed the knowledge of things upon all men at the time of their conception. Obatala, his righthand man, was powerful as he helped in the creation of all things. As for the rest of the Orishas, Olodumare did not give them any special powers believing that this was the only way he could – without favor or bias – ensure that they were all equal.

This was before the realm of men was separate from that of the gods. Deities roamed upon the earth as freely as mortal men.

After a while, the orishas became restless. They resented their impotence and began to question the wisdom behind Olodumare’s decision to not give them powers. If they were indeed superior to mortal men, what did they have to show for it without special powers?

The most vocal critics of this were Oko, Ogun, Eshu Elegbara and Sanponno, who, high-jacking a social gathering for orishas to rabble-rouse, agitated for something to be done about the situation, and done fast.

The orishas elected Orunmila to present their grievances to Olodumare, and to seek redress on their behalf. However, secretly the orishas distrusted each other. Not one of them believed that Orunmila would act in their best interests. In fact, they were certain that he would use the opportunity as their representative for his own self-interests.

And so, the orishas embarked upon self-serving campaigns behind each other’s backs, each one privately seeking audience with Olodumare to gain favor. Ogun asked for power and responsibility. Oko went by night to seek influence. Eshu Elegbara demanded authority. Orunmila wanted influence. And Sango too wanted immense power.

Olodumare saw what was happening and grew troubled by the unrest among the orishas. He became so troubled that he took to taking long walks along the sapphire paths of his kingdom to clear his mind.

One day while out walking, Olodumare encountered Agemo the chameleon. It did not take Agemo long to observe the supreme deity’s sadness.

Agemo: Why are you so troubled? There is nothing coming by that the road cannot contain.

Olodumare: The orishas trouble me. Except for Obatala I have not given any of them powers because I do not want them to be jealous of each other. Now they all seek influence and authority. How can I grant them this without creating jealousy and rivalry? Those at the bottom will hate those at the top. Trouble will ensue.

Agemo: Here’s what you do. Send your messenger to assemble the orishas in the town square. Once the orishas are gathered speak to them from heaven. Tell them that you will rain wisdom, knowledge and other powers down to earth. Each orisha should catch what they can. That way the orishas will be bestowed power without favor or bias. Finally, there will be peace.

Olodumare did as Agemo the chameleon suggested. He rained wisdom, knowledge, influence, authority, and many more powers and gifts from the heavens down to earth. There was a mighty rumbling as the orishas scrambled. There was biting, clawing, kicking, head-butting, elbowing and jostling. All under-handed combat methods were fair game in the scramble for Olodumare’s bounty. The power struggle was real.

Eshu Elegbara, although small, was also strong, and thrifty, and nimble on his feet. Thanks to stealth tactics he managed to gather the lion’s share of powers and gifts. Among the many gifts he collected were the ability to destroy those who offended him, the gift of tongues, virility, and sexuality. Eshu thus became the enigma god. He had the power to create chaos out of order and order out of chaos. I have written a blog post that discusses the enigmatic god, Eshu Elegbara, in depth. You can read it here.

So here is a quick description of the powers and gifts of the many Yoruba gods:

THE CRUX OF THE MATTER

It is a cultural thing. But the other reason for this could partly be due to the secrecy of the ritualistic context within which these mythologies exist and are perpetuated. These rituals by their nature are designed to keep the knowledge within the fold. Thus, custodians of this knowledge jealously guard it against outsiders and the outside world.

But the traditional custodians of African mythology are not going to live forever. And as hyper-modernization takes root even in the most far-flung deserts of Africa, there are legitimate concerns that these mythologies will eventually fade away once there are no more custodians to pass them onto the next generation.

I commend the insightful researchers and authors who are studying and writing about these mythologies and traditions. They are slowly but surely gathering ethnographic records that will remind us of who we were, and ultimately are, once the dunes of time have finally silenced the faint voices of the last custodians.

As for me, well I am just an artist, storyteller and blogger doing her part to put out these precious stories into the ether. After all, what is committed to the ether never really fades away.

Deities of The Yoruba And Fon Religions. Encyclodepia.com. Aug 2, 2020. https://www.encyclopedia.com/history/news-wires-white-papers-and-books/deities-yoruba-and-fon-religions