An Alien Invasion Short Story with a Twist 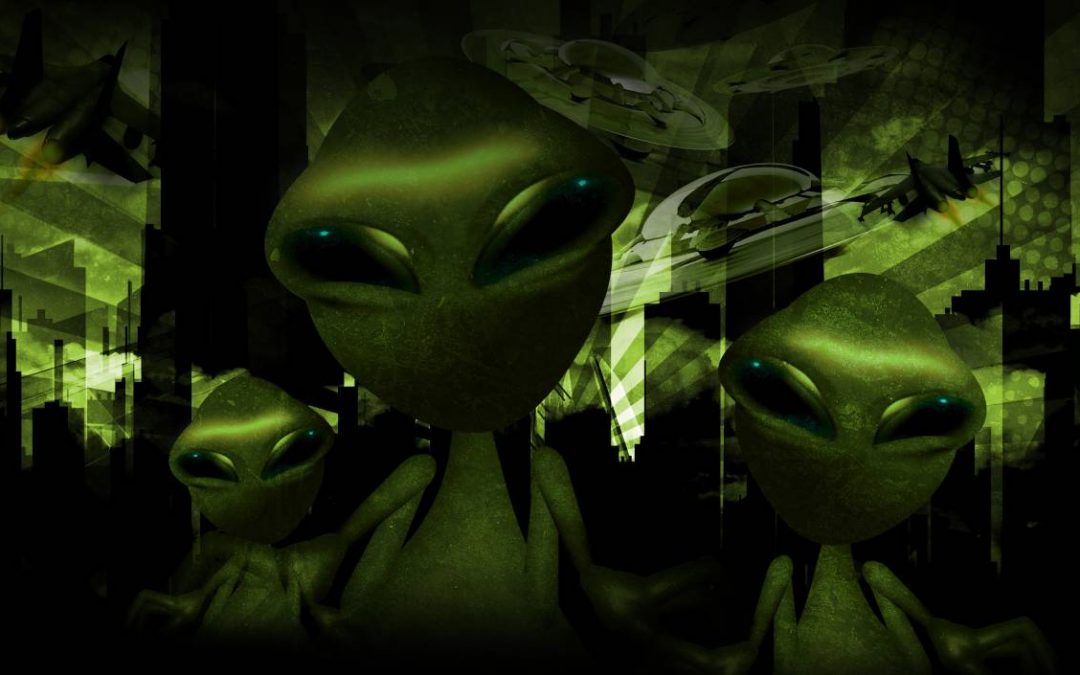 When you run out of alien movies to watch, search the Internet for an alien invasion short story. That is what I did and stumbled upon a gem titled, The Exclusive and Definitive Debate on Illegal Immigration, written by Justin William Cary. It is a mouthful of a title, but the story itself is super short, took me less than 15 minutes to read. But I promise you it is an exquisite alien invasion short story with a twist.

THE PRESS SECRETARY & THE ALIEN

The entire story is a conversation between the White House Press Secretary and an alien. From the onset, we get a sense of the Press Secretary’s anti-alien sentiments through her internal dialogue. “He wasn’t even human,” and “Even after all these years in this country his speech has a strangeness,” are some of the thoughts that cross her mind throughout their meeting to discuss the illegal alien crisis.

It turns out that the alien arrived back in 1947 when his parents crash-landed on earth. Billions of dollars were spent to house him in a special military facility, and millions more kept him a secret from public knowledge. Over the years, Tom – which is the Earth name the guards at the facility gave him since they could not pronounce his alien name – had brought innovations that would change the world. Technologies in the space race, the Internet, Twitter, and vaccines that have for years saved millions of lives the world over, all these would have not existed had it not been for Tom.

Surely, with his unique perspective as an alien himself, Tom would have valuable insight into the country’s problem with illegal aliens that was manifesting in undesirable ways such as job shortages, rampant crime, and an over-burdened welfare system. At least that is what the Press Secretary might have thought, until Tom declares that he wishes to be deported.

There are many tropes we have come to expect from alien invasion stories. How thrilling it is when the hostile aliens come to take over humanity with a scorched earth agenda and technology more advanced than our own by several light years. While this alien invasion short story satisfyingly fulfills our expectations with a healthy dose of tropes, it however, makes a departure when Tom demands to be deported from earth.

As you can imagine, the Press Secretary, a yes-woman who does everything by the book, is thrown for a loop at this demand despite her dislike for Tom. She should be thrilled at any chance to be rid of this alien and others like him. And yet, she finds herself at a loss since the conversation did not go as she expected.

Tom’s demand for deportation is a satirical take on relevant issues. “It seems to be in line with what the administration stands for. With DACA on the chopping block, ICE immigration enforcement at an all-time high, and the clear desire to rid the country of ‘undesirables living off the system’ it seems the right time for me to leave,” he argues.

This story was written in 2018, and the author might have been influenced by what was happening then, or the few years prior to that. Remember that in 2018, the Trump administration had been very strong on its stance on immigration, creating a lot of controversy around its immigration enforcement agency, ICE. Many people believe that every country has the right to keep its citizens safe and protect them from elements that may threaten that safety, and it’s no different for the United States. However, critics argue that ICE enforces the law in a way that violates human rights, discriminates against minorities, and indiscriminately spreads fear across the entire immigrant community.

Reading through the author’s notes, it can be concluded that this alien invasion short story is not entirely satirical. His belief in the existence of aliens is implied when he mentions that there is over 70 years of overwhelming alien evidence gathered from Area 51 documentation; “The truth seems undeniable. We need our aliens,” the author concludes.

Ever since the 1960s, Area 51 has been shrouded in mystery. It is a military base located in the Nevada desert that is so secretive that the government would not even confirm its existence, until recently. What goes on there? No one knows for sure, but it said to be where cutting-edge aircraft and weapons technology are tested.

In a newly declassified CIA report written in 1992, Area 51 is apparently mentioned. The report alludes to the theory that the U.S government has been conducting secret research on extraterrestrial life and the UFOs at this location. So, what could be so important about a 25 year old document? That remains unclear, but it does seem evident that there are still some secrets being kept from us.

Some conspiracy theorists believe that the release of these documents is an attempt to distract us from more pressing issues like climate change and gun control, while others claim that it is just another ploy to keep us in fear for our safety so we continue to give up our rights and freedoms without question.

As far as I am concerned, the universe is vast and complex. There is so much to it that we cannot even begin to imagine. And so, I think it is arrogant to assume that we are the only intelligent lifeforms in the entire universe. Whether any of these lifeforms have made contact with earth is another story. But what do I know? I guess the verdict is still out there as to whether aliens exist or not.

Fear of the unknown is what makes alien invasion stories so appealing to me. The idea of strange space invaders coming to earth with dazzling technology and ulterior motives is both scary and thrilling. And the author of this alien invasion short story manages to deliver the hysteria and thrills, while also offering us rich characters and a thoughtful plot. The final twist in the story comes when Tom reveals the sinister motives behind his technological innovations on earth. No spoilers, so I stop here.

Click here to read The Exclusive and Definitive Debate on Illegal Immigration, by Justin William Cary.