Artificial Intelligence and Consciousness: Fiction, Future and Beyond 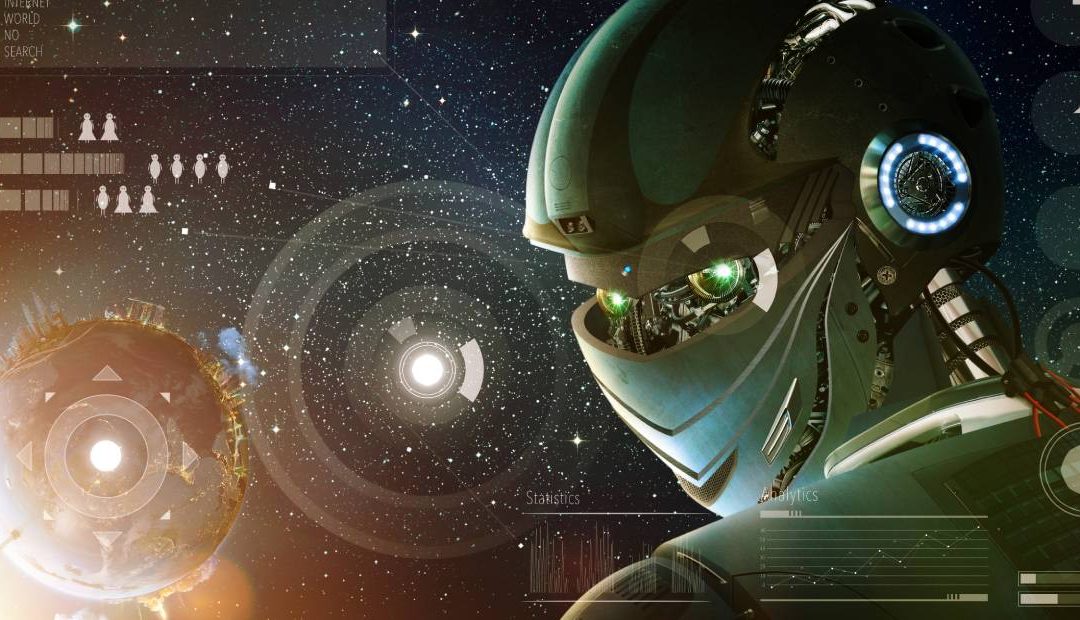 Artificial intelligence has evolved from being just a concept in science fiction novels to becoming an integral part of our everyday lives. Capable of solving complex problems in the blink of an eye, it can be found in everything from smartphones and home assistants like Alexa and Siri, to self-driving cars and even healthcare robots. But with algorithms getting smarter with every iteration, it is no wonder that “artificial intelligence and consciousness” has become a hot topic in the media of late.

WHAT IS ARTIFICIAL INTELLIGENCE?

The term “Artificial Intelligence” was coined in 1955 by John McCarthy who was an American mathematician and computer scientist, as well as a pioneer in the field of artificial intelligence. He came up with this concept that has been a staple in popular culture since its introduction into our vocabulary during a conference at Dartmouth College.

In simplified terms, artificial intelligence can be described as the theory and development of computer systems able to perform tasks that normally require human intelligence, such as visual perception, speech recognition, decision-making, and translation between languages. Artificial intelligence also includes designing intelligent agents that can learn from their experiences and improve with time.

As for the question of whether artificial intelligence will become self-aware in the future, there is certainly a camp of experts that think this could be possible. A recent study by researchers from the University of Michigan titled, “Empathy as a Natural Algorithm”, examines the various ways in which artificial intelligence could become conscious enough to develop empathy for humans. While it may seem this concept is avant-garde, looking back in history it is surprising to discover that it is not that new at all. Enter Ada Lovelace.

If asked to summarize the life of Ada Lovelace, many historians would say that she was a mathematician. In reality, her contributions to science are much more than this. The daughter of poet Lord Byron and Lady Isabella Milbanke, who herself was a mathematician, Ada was the world’s first computer programmer when in 1842 she created an algorithm for an analytical engine. She predicted that in the future machines will be sentient beings with the capacity to think and feel like humans.

According to Wikipedia, at its simplest, consciousness is sentience or awareness of internal and external existence. Scientific and philosophical opinions differ as to what exactly needs to be studied and explained as consciousness. But perhaps the only widely agreed notion about this topic is the intuition that exists. In other words, as long as artificial intelligence does not have intuition, then it can’t really be considered to be conscious.

This research article from hindawi.com puts forth this idea very eloquently: “AI is our brain assist device, which stores a lot of information in an intact manner. The undertaking of thinking and memory is gradually separating from the human body and tends to be objectified. Portable computers have replicated what we call cognition, and even our human rationality also faces challenges. However, human beings can use their dynamic intuition and give play to their innovative abilities.”

While this reasoning appeals to my rational brain, my lizard brain still cannot shake the feeling that one fateful day artificial intelligence will become self-aware, and then get pissed off at us, and wipe humanity right off the surface of the earth. Maybe I have watched one too many science fiction movies about artificial intelligence and consciousness, but the first thing that comes to mind is “Frankenstein”.

Published in 1818, Frankenstein is the classic novel by Mary Shelly that tells the story of a scientist who creates a man from body parts collected from the dead. The story takes a chilling turn when the creature starts to become self-aware. And upon realizing the abomination that it is, it develops a rage towards its creator, which leaves a lot of dead people in its vengeful wake. If this is not an allegory for artificial intelligence and consciousness, then frankly I do not know what is.

A few years ago, I created a graphic novel called, Ananiya the Revolutionist. It is a dystopian story that is set in the near future, on a colony that is run by a corporation. I talk about the story in great depth here. And I also take a deep dive into the story arc of the protagonist, which you can read here.

But for some context as we are discussing artificial intelligence and consciousness, the premise of the story is that on the colony, which is called Arcanarc, sex robots have become a popular “social” trend over the years. At first the robots were merely cold and soulless machines created to be exploited. The Arcanarcians could exert their libidinous aggressions on them without risking their very humanity. But then as the robots become more advanced and more popular, a new world order begins to emerge, one that is quickly rendering human women obsolete.

The turning point arrives when news spreads throughout the colony that the prototype of Generation 8 of the sex robots is in the process of development. Code-named Project Freja, this latest prototype is rumored to be so sophisticated that it is impossible to tell it apart from a real human at first glance. If the prototype goes into mass-production, is it game over for womankind as we know it?

The Arcanarcians tremble in anticipation at the news of a soon-to-be launched super robot. Little do they know that production in the robotics lab has screeched to a sudden halt. After extensive tests, it has been discovered that a glitch in the prototype’s cognitive processor has caused a mutation that manifests as “Self Will”.

But who in Arcanarc would want a sex robot that is self-determining? As the chief technician in charge of Project Freja plainly puts it: “Our clients do not do bad robots. Especially when the malfunction manifests as Self Will.”

Therefore, Project Freja must be shut down.

This presents a moral dilemma for the creator of the prototype, especially when viewed from the perspective of artificial intelligence and consciousness. We can see this from observations he noted in a journal throughout the design and analysis processes of the prototype: “This prototype is special. My intention, of course, was to create a super robot but she has exceeded all my expectations by far. I have conducted exhaustive tests in my laboratory that suggest that she possesses an intelligence that has an astonishing ability to evolve, adapt, and self-determine. Her neural processors function way beyond the known parameters of artificial intelligence.”

In the end, the creator cannot bring himself to terminate his own creation: “I cannot bring myself to destroying my own creation. What the corporation calls ‘a bug in the wiring’ is to me the manifestation of higher cognitive functions. It is a mutation that sets her apart.”

As the story progresses, the prototype becomes more and more self-aware. She constantly contemplates about the nature of her being, giving us an alternative perspective on the question of artificial intelligence and consciousness. Indeed, we may even be persuaded to sympathize with her as she ponders existential quandaries, like whether she has a spirit and a soul.

The prototype recognizes that her neural processor has infinite life source, and her body which is made of ultra-silicone is virtually undegradable. Does that mean that she will live forever? What a macabre thought! Or will they eventually terminate her? How will it happen? Will she be aware? Will she be alone?

Being neither truly robot, nor human at all, is she caught in between human and non-human? And does that make her a monstrosity?

Unable to carry out the order to terminate his prototype, the creator pleads for her life: “Through this prototype we have the opportunity to conduct a ground-breaking social experiment whose data could contain the first tangible clues of what humanness is. Instead of mistrust and judgement, shouldn’t we rather show her tolerance and kindness?”

AI: NATURE VS. NURTURE Who knows, maybe the future of AI will be shaped by what we teach it today. Making a departure from the narrative that AI will one day rise against its human creator and take over the world, my story culminates in the supposition that our AI is what we nurture it to be. Show your AI a world where you are kinder to each other than you have been in the past, and your AI will be kinder to you in the future.