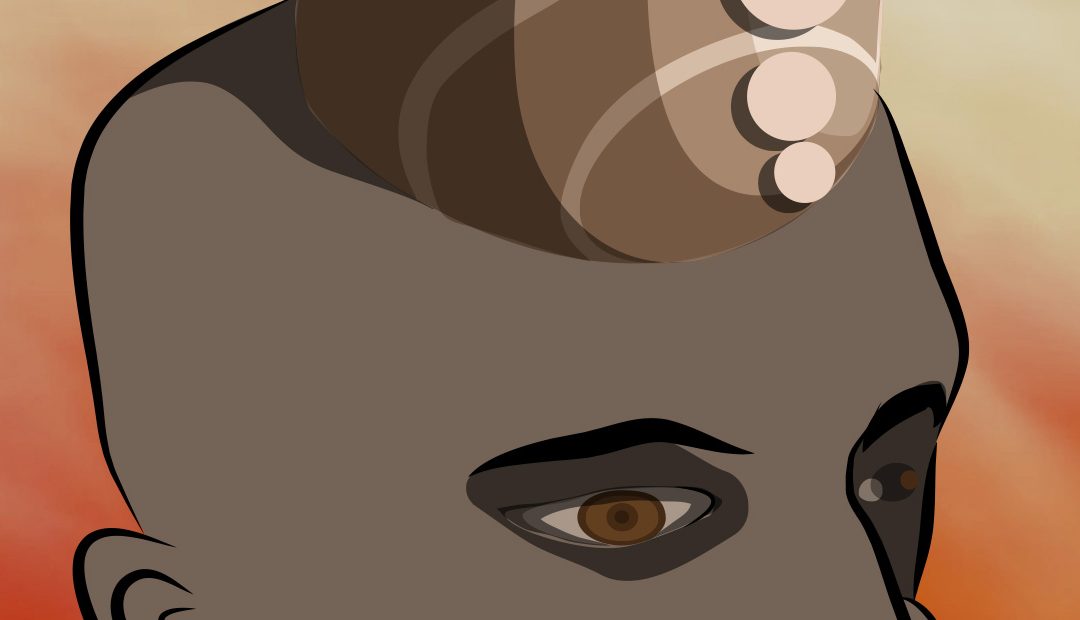 I had long assumed that the God of Crossroads was some lesser, unknown deity within the pantheon of Greek or Nordic mythologies, but that was before I delved deep into the world of black fantasy art.

But before we can talk in depth about the god of crossroads, it might be a good idea to have a general definition of what black fantasy art is.

This genre is not necessarily interchangeable with dark fantasy, which is a subgenre of literary, artistic, and cinematic works that incorporate darker and frightening themes of fantasy. Dark fantasy also combines fantasy with elements of horror or has a gloomy, dark tone, or a sense of dread.

Now that we have got that out of the way, who exactly is Eshu Elegbara, god of crossroads?

ESHU ELEGBARA THE GOD OF CROSSROADS

I have been fascinated with black fantasy art for a while, but it was only recently, through this interest, that I was delighted to discover that the honour of god of crossroads rightfully belonged to Eshu Elegbara.

Eshu Elegbara is a deity within the pantheon of Yoruba mythology.

As a prolific deity, Eshu appears in many different versions and answers to several names throughout Africa, and beyond.

Papa Legba for example, the fiendish spirit in Haitian voodoo, stands at a spiritual crossroads and serves as the intermediary between the spirits and humans. He is believed to be an adaptation of Eshu Elegbara.

Known as Exu in certain parts of Brazil, Eshu is a powerful and highly revered god in the Afro-Brazilian pantheon. As a communication link between deities and humans, he is at the centre of religious belief.

So why is Eshu Elegbara, the god of crossroads, such an enigma?

THE ENIGMA OF THE GOD OF CROSSROADS

To start with, Eshu Elegbara is not only a deity, but he is also a trickster. He is the gatekeeper between the realm of men and that of the gods. He knows all languages and is fluent in cosmic.

Eshu is also the herald of the gods, as well as the divine messenger of Olodumare, the supreme deity and creator of all life in the pantheon of Yoruba gods. And so he sets the affairs of earth in order. Eshu guards and protects the children of men.

He is so swift that he can be the messenger for many. He circles the world in an instant. That is why he appears in both the realms of earth and the heavens. If you need a favour from the gods, Eshu is your deity.

But Eshu is also unreliable and loves to cause mayhem. He is full of riddles. Each question that you ask him receives four answers. For every gateway that closes behind you, four portals open in front of you. Such are the ways of Eshu.

THE TWO FACES OF ESHU ELEGBARA

Perhaps Eshu’s enigma also lies in his dichotomous personality that renders him impossible to predict. The iconology of Eshu religion portrays him as a figure of intense activity, of sharp contrasts and reversals, and apparent contradictions.

He is described as both large and small, powerful and gentle, high and low, swift and immobile, present and absent. In fact, there are orations that high priests of Eshu invoke, that illustrate these contradictions well:

Even the followers of Eshu religion are wary of his double-faced and unpredictable nature. They tread carefully as they go to worship him or offer sacrifices. They chant with bated breath:

Eshu, do not undo me. Do not falsify the words of my lips. Do not disarray the movements of my feet. Do not translate yesterday’s words into novel utterances. Do not undo me. Undo someone else’s child. I bear you sacrifice.

Undoubtedly, Eshu is an enigma unto himself. His flamboyance, as well as contradictory and unpredictable nature are all contributing factors to his widespread popularity in African mythology and folklore.

But is charisma enough to ensure one’s prominence within the pantheon of African gods, or is there more to Eshu Elegbara, the god of crossroads, than meets the eye?

The answer is a resounding “Yes!”. Eshu has a special power that none of the other gods possess.

Eshu’s special power is that he can reverse from a state of death back into a state of life through sacrifice. That is why on top of all his impressive qualities and accolades, he is most importantly recognized as the enforcer of the ritual way of life and sacrifice. Without him to receive sacrifices on behalf of all the other gods there would be disorder, and the world would fall apart.

Taking into consideration the traditional African context where rampant droughts constantly caused widespread famine, disease, untold hardships, and death, you can begin to understand how Eshu’s special power of sacrifice lends him a pivotal role in African mythology and folklore.

But I would be remiss not to mention as well the potency of the crossroad as a symbolism associated with Eshu.

THE POTENCY OF CROSSROADS IN AFRICAN SUPERSTITION

It all made perfect sense when I discovered that the god of crossroads was not a lesser Greek or Nordic god but was in fact a powerful African deity. This is because crossroads are believed to be potent places in African superstition.

Growing up, we were constantly warned to approach crossroads with our eyes wide open. Apparently, they are hotspots for witches and wizards to cast their spells and hide their charms. Crossroads are perfect for this since the seam between the realm of the living and that of the spirits is believed to occur where two roads intersect.

Seeing as Eshu Elegbara is such an important character in our mythology and folklore, it behooved me to pay him homage by creating a game appropriately called, Eshu Elegbara: God of Crossroads.

This is a one-of-a-kind game worth playing considering that you don’t get to see interactive web games featuring African gods every day. This game takes black fantasy art to a new level.

Without giving away too much my game sets up a scenario where the player must survive three trials to complete the game. Here is a brief synopsis:

Imagine that you are on a bus heading for downtown Toronto. You barely slept a wink last night seeing as your job as an overnight stocker at the big supermarket just a few blocks down from where you live had you stacking heavy boxes all night and well into the early hours of the morning.

The lack of sleep must have gotten to you, and you must have dozed off for a second and missed your stop at Dundas Square. But that is all it takes to change your fate. When you blink awake, the bus driver and all the other passengers have vanished. And as if things could not get any weirder, the world outside the bus vanishes too.

You: What the hell?!

Disembodied Commanding Voice: Hell? Not quite…

Will you make it past Eshu’s mischief, or are you doomed to ride on the Bus of No Destination for all of eternity? Play the game here and find out. It is free to play on your laptop or tablet.

Unfortunately, Eshu Elegbara: God of Crossroads, at the moment, is not designed to play on your mobile phone.

Even if you were to out-manoeuvre Eshu and complete the game, making it back to the realm of men in one piece, I caution you to beware every time you happen upon a crossroad. Always remember that Eshu Elegbara, the god of crossroads, the road-maker and messenger of the gods, he who disarrays the movement of feet and translates yesterday’s words into novel utterances, lurks there.

You have been warned.