Black Horror Creatures: A Tale of the Original Zombies 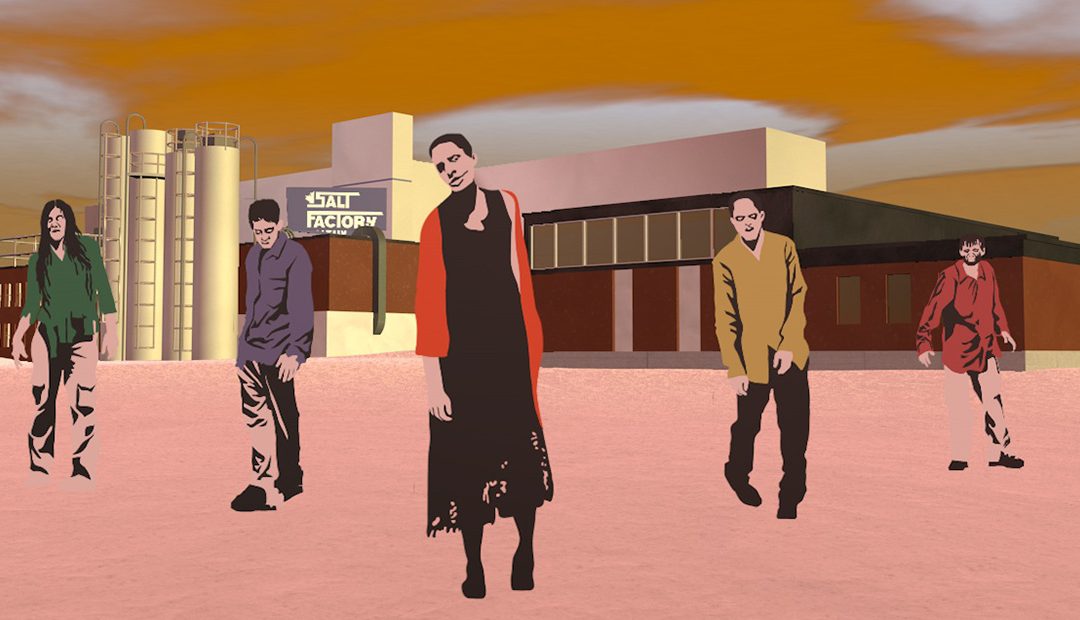 So where is the best place to begin talking about the rarely spoken tale of the black horror creatures? I will begin my tale by confessing that I am a big fan of zombie horror movies. I don’t care if they are big budget TV shows like AMC’s The Walking Dead, or cringe-worthy, low-budget indie movies on YouTube, chances are that if there is a zombie in it, I am going to watch it.

That said, one of my favorite zombie franchises of all time is the Resident Evil saga. It is such a treat that Milla Jovovich reprises her role as Alice in all six chapters of this franchise. Alice is a genetically altered bad ass lead who kicks zombie butt while simultaneously trying to bring down the Umbrella Corporation. Jovovich embodies this character so perfectly that I have a hard time thinking of any other actress that could have played the part in her place.

But much as I like zombie movies as much as the next horror movie buff, how far the contemporary idea of the zombie has departed from the original concept sometimes annoys me. Point in case, World War Z. I absolutely love this movie, but I cannot get passed how quickly people turn into zombies upon infection, and how lightening fast they move once they have become zombies.

The same can be said about the movie, Train to Busan – another of my favorites – where a perfectly healthy person spews black blood and putrefied guts within three seconds of infection. Instantly, they develop a deathly pallor, their hollow, blood-shot eyes searching wildly for a human to eat. Really, if the infected turned so fast, and zombies moved that fast, there simply would be no survivors to live and tell about the zombie apocalypse.

So what is the origin of the contemporary zombie as we know it?

The term “Zombie” is derived from the Haitian superstitious belief of the “Zombi”, which is an undead creature that is created through the reanimation of a human corpse, most commonly by the means of black magic. The Haitians are believed to have inherited these superstitions through customs passed down from their ancestors, who were originally slaves from Africa.

The idea behind Haitian and African Zombies, the most chilling of black horror creatures, is that they were mainly created for economic gain. These zombies were used as slaves to tirelessly labor in the sugar plantations and crop fields of their masters.

I remember growing up back in Zambia, which is in the southern part of Africa, how this idea was like an ever-present danger looming above my head. It scared the daylights out of me. It was believed that if you woke up in the morning feeling tired, or you were inexplicably exhausted in broad daylight, a powerful witch or wizard had raised you from your bed during the night, transporting you to their crop fields to work the land, and all while you slept!

The terror of the walking dead as slave labor is so ingrained in our collective consciousness, that to this day special attendants called, Malukula, are hired to keep vigil at morgues and fresh grave sites. Should a corpse rise from the dead at the beckoning of a particularly dark witch or wizard, it is the malukula’s thankless job to strike them on the head with a big club, dealing the already dead man a fatal blow.

As has become the trope in movies and TV shows, zombie hordes are created most often through the outbreak of some fluke virus. In the Western appropriation, the infected turn into the undead, vicious creatures ravenous for human flesh and brains. Once bitten by the undead, a healthy person also turns into a zombie and so the virus replicates itself over, and over again.

Unlike the submissive, shambling Haitian and African zombies that shuffle through their chores in apparent trances, the Western zombies are autonomous creatures that are rather quick on their feet, rampaging and laying waste to all of civilization.

Perhaps the earliest example of the western appropriation of the zombie as a black horror creature in popular culture is the 1932 movie, White Zombie. Directed by Victor Halperin, White Zombie is widely considered to be the first feature length zombie film.

However, it is based on the book, The Magic Island, by the journalist and adventurer, William Seabrook. First published in 1929, this book is an interesting first-hand account of Seabrook’s immersion into the world of voodoo while on his travels in Haiti, introducing the concept of the zombie to western readers.

Victor Halperin’s movie adaptation tells the story of a young couple, Madeleine and Neil, who are coaxed by their acquaintance Monsieur Beaumont to get married on his Haitian plantation. But secretly, Beaumont harbors the ulterior motives to lure the young and beautiful Madeleine from her beau. For this he enlists the help of Legendre, an evil mind controller who uses dark magic to turn people into zombies, free labor to slave away in his sugar mill. Long story short – and spoiler alert – poor Madeleine ends up being turned into a white zombie.

It has been a while since I have obsessed over my childhood fear of ending up as a zombie slaving away in some witch or wizard’s plantation. But lately, ever since I got myself a physically challenging and soul-draining but low-paying minimum wage job to pay the bills while I pursue my artistic endeavors, I feel like I have been shambling along through life, much like those Haitian and African zombies shuffling through their chores in apparent trances. And this got me contemplating about the economics of wage labor.

So what is wage labour?

Wage labor is the socioeconomic relationship between a worker and an employer, where the worker sells their labor power under a formal or informal employment contract. These transactions usually occur in a labor market where wages or salaries are market-determined.

To illuminate the point, here are a couple of paragraphs from Monsters of the Market: Zombies, Vampires and Global Capitalism by David McNally:

“The secret of capitalism resides in this fragmentation of the laboring self, in the way that wage-laborers turn over their bodies of value to capital in incremental bits over a lifetime. The time workers give over to capital is ‘dead time’, time separate from their ‘real’ lives, a sort of death-in-life. No wonder, then, that images of the living dead proliferate so widely in the capitalist culture-industry.”

“And no wonder too that workers newly subjected to the pressures of commodification find this death-in-life anything but normal. Typically they encounter it as positively demonic – an unnatural and depraved theft of their life-energies.”

Beware the Fate of the Black Horror Creatures

Next time you wake up in the morning feeling tired, or are inexplicably exhausted in broad daylight, consider this: either you were slaving away in some witch or wizard’s sugar plantation in your sleep, or maybe your day job just sucks.