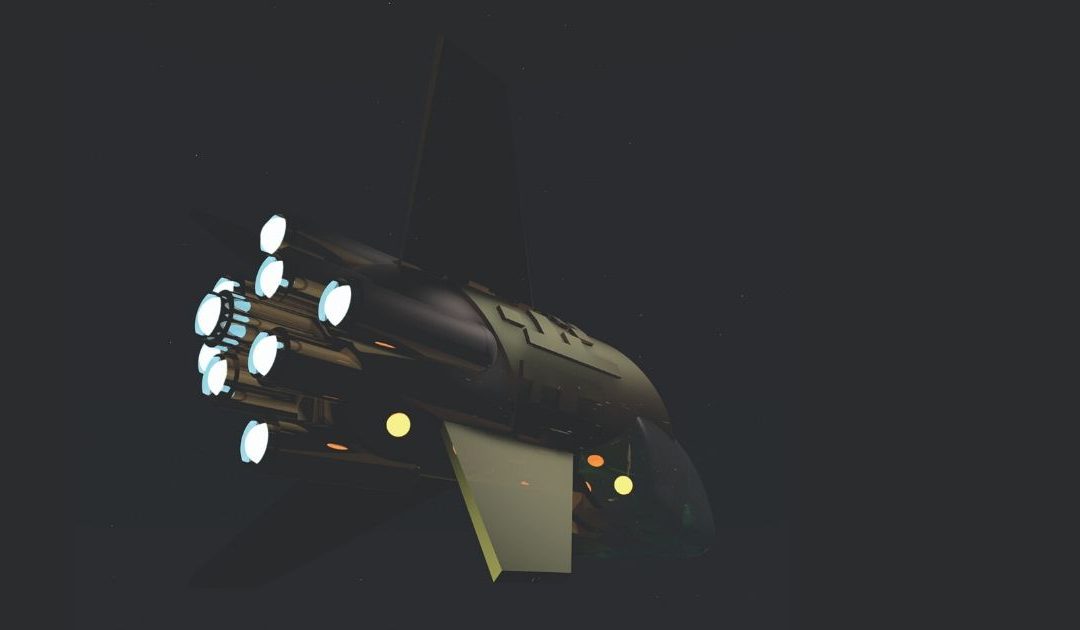 It is hardly possible to talk about black science fiction without mentioning the 2018 runaway hit, Black Panther, and its Wakanda movement. As the first superhero movie from the Marvel cinematic universe to feature an ensemble of diverse, black characters, Black Panther’s powerful theme inspired millions and gave representation to so many people of color who finally enjoyed the catharsis of being able to relate to the superhero universe.

According to Wikipedia, “Black science fiction is an umbrella term that covers a variety of activities within the science fiction, fantasy and horror genres where people of the African diaspora take part or are depicted. Some of the defining characteristics include a critique of the social structures leading to black oppression paired with an investment in social change.”

The fact that black science fiction has largely been an obscure genre in popular culture until recently naturally segues into discussions about representation.

Sociological research has found that popular media teaches us how the world works and our place in it. When we don’t see people like ourselves represented, the message we get is that we are invisible or that we don’t count. It systematically sends this message not only to us, but members of other cultural groups as well. This is called Symbolic Annihilation.

Nicole Martins and Kristen Harrison, researchers at Indiana University and university of Michigan respectively, co-authored a study about media’s effect on self-esteem. Focusing on children, the pair found that popular media made subjects feel good about themselves – if those subjects were white boys. Girls and children of color, on the other hand, reported lower self-esteem from popular media they consumed.

“We feel pretty comfortable that it’s this lack of representation that could be responsible for this effect,” Martins said. “There’s a body of research and a term known as ‘symbolic annihilation’, which is the idea that if you don’t see people like you in the media you consume, you must somehow be unimportant.”

Researchers George Gerner and Larry Gross coined this term in a 1976 paper titled, ‘Living with Television’ when they observed that: “Representation in the fictional world signifies social existence; absence means symbolic annihilation.”

This is absolutely chilling. Although I have got to wonder whether no representation at all is better than “representation” that is skewed with caricatures, stereotypes and tired tropes like the nerdy Asian maths student, the sassy and loud black sidekick, the bitchy female boss, the blundering chubby best friend and the gay roommate obsessed with his girl pal’s love life.

The extent of negative stereotypes can be far-reaching. Certain ethnicities, religious groups, genders and even entire continents can be stereotyped in the media. Certainly, if there is a continent that has been stereotyped to death it is Africa.

For many, the mere mention of Africa calls to mind the horrors of disease, poverty, war, genocide and famine. But I would like to believe that part of representation is busting stereotypes which entails telling different stories from alternative perspectives.

Maybe it’s high time we talked about a different kind of Africa – an Africa with hopes and dreams that transcend the earthly matters of today. An Africa that is gazing far into the horizon, reaching upwards for the stars. This is the basis of my art project, Space Dream.

My project, Space Dream is based on the story about a local Zambian science teacher who dreamed about the stars.

In 1964, Edward Mukuka Nkoloso, a local science teacher, founded the Zambia National Academy of Space Research. Nkoloso’s space plans were to send a schoolgirl, two cats and a missionary to Mars.

Unsurprisingly, his ambitious space mission that included rather unorthodox training methods, such as placing his young assistants and astronauts in-training in big drums and then rolling them down a hill or stream to simulate zero-gravity, failed to lift off when both the Zambian government and UNESCO declined to grant him millions of British pounds to fund his academy.

Nkoloso’s legacy as the crazy science teacher who thought that he could reach the stars endured in the collective consciousness of Zambians for decades to come. However, what I find interesting are the socio-political factors at play behind Nkoloso’s lofty ambitions.

In 1964 Zambia had just gained independence, inheriting a rich economy. Jobs were plenty and young promising scholars were being sent to Europe for further studies. For the first time, indigenous Zambians were in control of their destinies and it might have seemed at the time that anything could be achieved – even a mission to Mars.

Meanwhile, the space race between the United States and the Soviet Union had reached fever-pitch and clearly this power struggle might have influenced Nkoloso who was quoted as saying, “Zambians are inferior to no men of science and technology. My space plans will surely be carried out.”

Indeed, so caught up in the euphoria of the moment was Nkoloso that he quipped, “I have warned the missionary that he must not force Christianity on the people on Mars if they do not want it.”

I paid the National Archives of Zambia a visit with the mission of revisiting Nkoloso’s story. Given the long-standing narrative that depicted him as just a mad man with crazy ideas, I was taken aback by the image of this “mad man” that was unfolding before me.

I discovered several photographs in the archives that portrayed Nkoloso as a very influential figure. There was a photograph of him sitting next to the young Zambian president in the presidential motorcade as it paraded through throngs of cheering crowds. In another photograph of what appeared to be a very important political event, Nkoloso can be seen officiating at the presidential podium.

There is no doubt that he was an eccentric character. For example, although he was not a military officer he was known to design his own military outfits and insignia using leopard prints. It was surprising that the powers-that-be tolerated him parading around in these outfits at official political events.

At the end of my research I was intrigued, as well as inspired by Nkoloso. How was it possible that in a society so traditional and conservative a man so eccentric and unconventional could have had so much influence in the highest office of power?

In an attempt to address this question, Space Dream revisits Nkoloso’s story, and in particular his space mission. In this exploration, I choose to approach Nkoloso as an innovator and visionary ahead of his time rather than a court jester. Basically my work starts where Nkoloso’s stopped. I design and build a spaceship called The Nkoloso 1 entirely in a 3D environment.

Holding true to Nkoloso’s vision, this spaceship is designed to shuttle a schoolgirl, two cats and a missionary to outer space. In the resulting animated video, The Nkoloso 1 blasts off, bypasses Mars and lands on the moon only to find spectres of Nkoloso already there.

While Space Dream is a fantastical black science fiction project, the real African space race has been gaining momentum in the last decade, with space programs in Nigeria, South Africa, Ethiopia, Egypt, Algeria and Kenya leading the way. These are a few space programs happening around the continent:

Nigeria announced plans to visit space by the year 2030. To date, The National Research and Development Agency has launched five satellites which have helped improve agricultural practices, collect climate data and track down Boko Haram hostages.

Ethiopia announced it would launch a satellite into orbit within three to five years to help monitor weather conditions. And in 2015, the multi-million dollar Entoto Observatory and research Center was opened near the capital Addis Ababa.

Kenya launched its first cube satellite, designed by experts at the University of Nairobi.

Critics have argued that it is impractical to launch costly space programs in Africa where nearly 70% of the population lives on less than two dollars a day. However such criticism has been met with the argument that Africa’s immense challenges with poverty, hunger and access to portable water can be alleviated through investment in space science and technology.

As Carla Sharpe, manager at SKA, points out: “Space science and technology is not just about rockets. It’s everything from data analytics, data storage and transport and more. There are so many areas of development within the arena which are classified as space science.”

IS THE WORLD READY FOR DIVERSITY OR BLACK SCIENCE FICTION?

OK. So ready or not, the world just might see the first African astronaut launch into outer space in the next decade. Diversity is catching up to the space race. But what about popular media? Is the world ready for representation and diversity in media? Is it ready for black science fiction?

If recent box office trends are anything to go by then it is clear that audiences worldwide are ready for protagonists, stories, ideas and points of view that haven’t been seen before. And while black science fiction blockbuster, Black Panther, stands out as the poster child for diversity and representation in the movies, there are a handful of recent movies that deserve more than an honorary mention.

Get Out, the social thriller by first-time filmmaker Jordan Peele, featured a black, unknown lead (Daniel Kaluuya) but nonetheless grossed $253 million worldwide on a $4.5 million production budget. Patty Jenkins’ Wonder Woman represented a triumph for female directors, who for so long have been shut out of helming big-budget superhero action movies. Adored by critics and audiences alike the film grossed $822 million globally. The Fast and Furious franchise, which features a diverse ensemble of actors, made over $1.2 billion worldwide with each of its last two films. Bohemian Rhapsody, a biopic about Freddie Mercury, gay icon and frontman of the legendary rock band, Queen, broke huge box office records, grossing over $700 million.

So who wants to adapt Space Dream into a black science fiction movie? Call me!

The National Archives of Zambia

Photographs provided by The National Archives of Zambia.