Could a Scientific Explanation for Ghosts Unravel this Phantom Mystery? 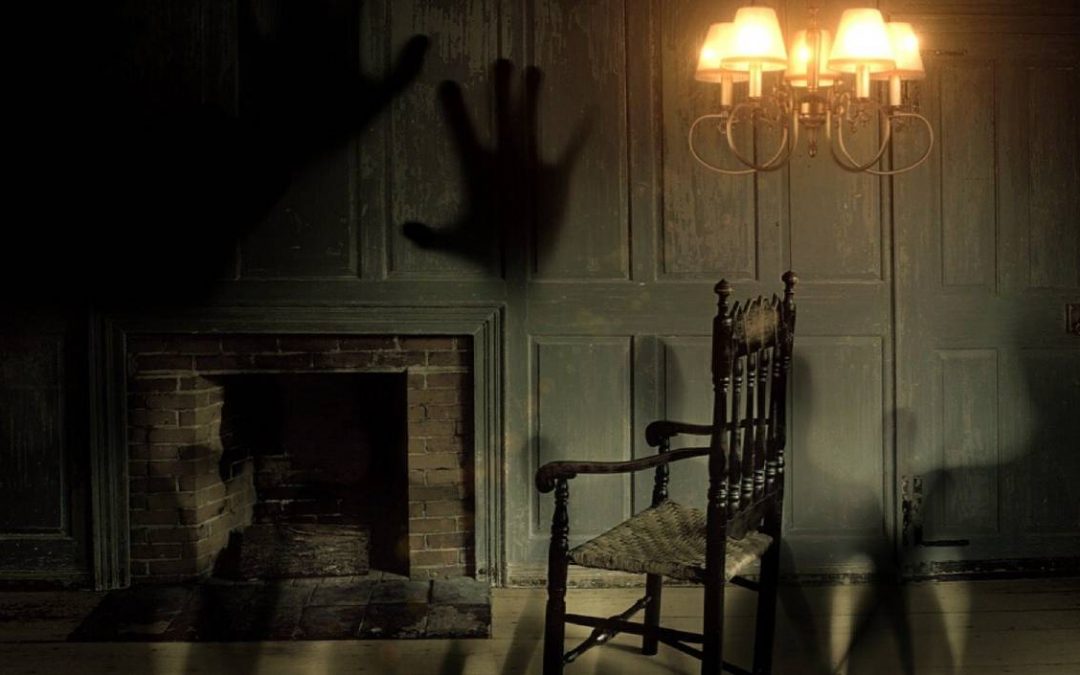 Is it just me, or do other people wonder whether there is a scientific explanation for ghosts? I have wondered about this a lot, more so ever since a friend of mine recently told me about a real ghost story she experienced when she was a kid.

It was a creepy story that raised the hair on the back of my neck. While I will try to narrate the story in the first person as accurately as I can, please take note that I am paraphrasing here:

The real ghost experience that still sends shivers down my spine even now as I think of it decades later happened when I was about 5 years old. I remember it began like any other regular evening. My siblings and I had happily been playing and watching TV when my dad walked into the living room and demanded complete silence as was customary when the main news bulletin began at 7pm.

The aroma of beef stew soon wafted into the living room. Whining – partially out of hunger but mostly out of boredom – I wandered into the kitchen, which only annoyed my mom who was already laboring away at the hot stove.

So, I wandered down the hallway, making my way to my dad’s study. I’d remembered that there was a toy I’d forgotten there earlier on in the day. As I scooped down to pick it up from the floor, I heard a gentle tapping on the window. I looked up, and that’s when I saw it, the creature outside the window.

Against the black night, its pale skin looked extra white. There was a texture to it, kind of like fine, flaky scales. With sharp, red eyes, a reptilian nose, and thin, tight lips, it was hideous to look at. It looked something like the creature from the horror movie, Jeepers Creepers, except that it had small horns protruding from its temples.

The creature smiled cajolingly, revealing a mouth full of sharp, lacerated teeth. Petrified, I spun on my heels to hightail it out of there, but then I heard that tapping on the window again. I turned back and saw that the creature now had a sad look on its face. It gestured that it was hungry and cold. It frightened me. But I also felt sorry for it. Deliberately, I approached the window.

The creature did not use words. Still, somehow, I understood it was saying that it was my friend. Using this strange telepathy, it asked me to let it in. I had to unscrew a latch to open the window. My little hands fumbled with it. Some adult had screwed the latch tightly shut.

The more I fumbled, the more impatient the creature grew. Its “friendly” face steadily grew vicious. My mom called out to me from the kitchen. It was dinnertime. I fumbled some more with the screw. The creature impatiently knocked on the window, grimacing.

“If I call you one more time…” I heard my mom threaten after she’d called me for about the fifth time. There was nothing scarier than my mom’s threatening voice. I ran out of the study, leaving the creature knocking on the window and hissing.

Once I’d gobbled down my dinner, I excused myself from the table and returned to the study. The creature was long gone.

To this day, I wonder what would have happened if I’d opened that window and let the creature in.

She is not alone in wondering that, that’s for sure! I shudder to think of the horrors that would have transpired had it not been for the responsible adult who made sure to secure the window that night.

I’ve known my friend for a long while. I know for a fact that she is not crazy, neither is she in the habit of making up stories. However, her real ghost haunting story is out there. Maybe there is a scientific explanation for ghosts that could rationalize the phenomenon she experienced that spooky night.

One scientific explanation for ghosts could be the presence of infrasound. Infrasound is a low-frequency sound that is usually inaudible to humans. It can be caused by natural phenomenon like storms, earthquakes, and earth tremors, or by manmade sources like wind turbines and car engines. Despite its low volume, infrasound can still have impact on the brain and affect perception.

Researchers have been studying how infrasound can create illusions and affect our emotions. This research could lead to new ways of using infrasound in art installations, architecture, and even security systems and warfare. It is believed that infrasound could be responsible for some of the strange phenomena that have been reported in spooky places like haunted houses and cemeteries.

Another scientific explanation for ghosts could be associated with the disruption of electrical activity in the brain. Some good examples of this are cases where patients have reported seeing shadows or hearing strange noises after experiencing severe head injuries.

In a recent study, researchers found that when they stimulated certain areas of the brain using electromagnetic therapy, some of the research subjects experienced feelings that were similar to those often associated with hauntings, such as fear, anxiety, and depression.

Evidently, further research is needed to determine if there is a correlation between infrasound or electrical activity in the brain and paranormal experiences. In my friend’s case, we have the options of taking her real ghost story at face value, dispelling it altogether, or chalking it up to something we can’t wrap our minds around.  After all, it happened over 30 years ago. Our memories are often inaccurate, which can sometimes lead to ghost sightings that only happened in our minds.

In the same vein, we cannot rule out either, that ghost sightings may be the work of confirmation bias. Confirmation bias is the tendency to look for evidence that confirms our beliefs and ignore evidence that contradicts them. In the context of ghosts, this means that people who believe in ghosts in the first place are more likely to see them, even if they were not consciously looking for them.

Have a real ghost story of your own? Tell us about it. Drop us an email at artistrophe@artistrophe.com