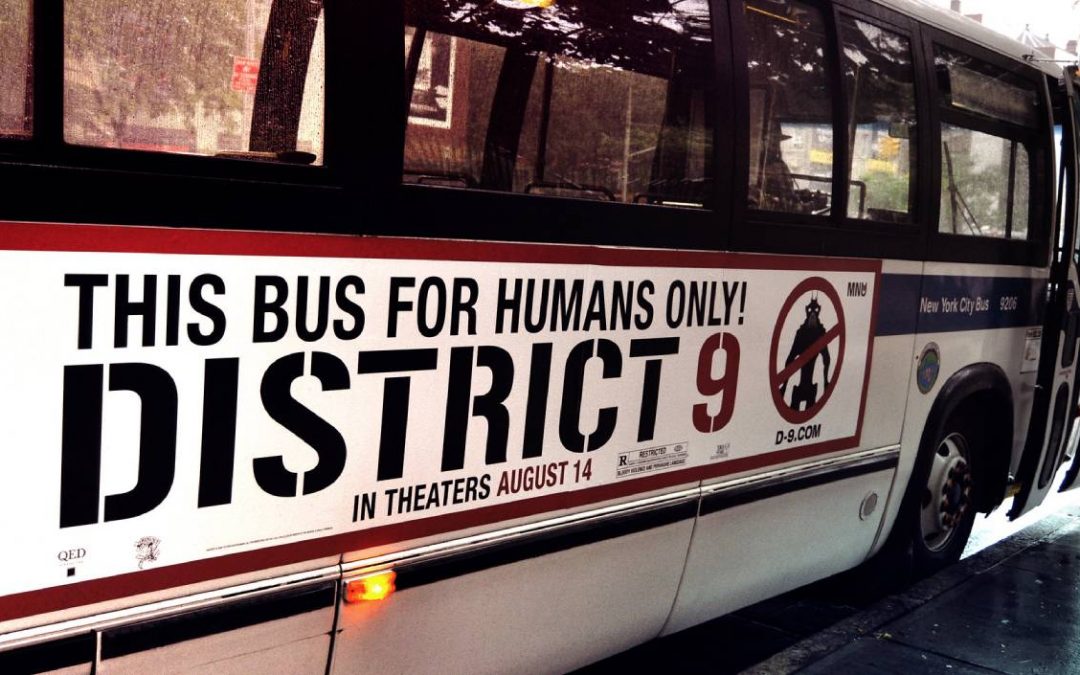 I was excited when Neill Blomkamp announced that the highly anticipated sequel to his District 9 alien invasion sci fi movie is finally in development. The film director recently updated fans about his latest project by posting a picture on his Instagram that included updates on the release dates, plot details, and cast members.

District 9 blew me away when it was released back in 2009 because it was so different from any other alien invasion movie I had ever watched before. It was the first time that a saw an alien invasion movie that was based in Africa. And unlike the stereotypical alien invasion movies where the extraterrestrial invaders are typically from more sophisticated civilizations and have come to dominate earth, in the District 9 alien invasion the aliens are the huddled masses who end up dwelling in the slums of Johannesburg in South Africa.

At the center of District 9’s plot is Wikus van de Merwe, the head of a task force in charge of evicting the aliens from the slum in District 9 and relocating them to a new facility 200 kilometers outside Johannesburg city. A witless bureaucrat in the Department of Alien Affairs at Multi-National United (MNU), Wikus has been given the job because his father in-law is a higher-up in the organization, and so he has a lot to prove.

The aliens had arrived 20 years earlier in a mothership that coasted to a halt over the city of Johannesburg. Silently and ominously, it hovered in the Johannesburg skies for 3 months before the authorities decided to send a team up to forcibly access the ship. As one commentator described the event:

“We were on the verge of first contact. The whole world was watching, expecting…I don’t know, music from heaven and bright shining lights.”

But instead, what confronted the team when they bust the doors down were prawn-like creatures in deplorable conditions. They were extremely malnourished and unhealthy, and appeared to be disorientated. It turns out that the ship had a breakdown, stranding the aliens on earth. Soon after this discovery, mounting pressure from the international community forced the South African government to give the stranded aliens asylum.

An aid group was established to ferry the aliens to a temporary camp called District 9 that was set up just beneath the ship. The focus was on giving them proper status and protection. But with over 1 million aliens in the camp, this plan was not sustainable. Soon enough, the camp got fenced in and became militarized. And before anyone knew it, it was a festering slum.

Where there is desolation there is also crime. But the crime did not remain in District 9. It spread to the rest of Johannesburg, igniting riots throughout the city. The human residents wanted the aliens out of the city and the authorities buckled under the pressure. It is at this point that Wikus and his task force storm District 9 to serve eviction notices to the aliens.

Several film critics have described the District 9 alien invasion as an analogy for the apartheid system. Apartheid is a word in Afrikaans, which means “apartness”. It was used to describe a system of racial segregation which was enforced by legislation in South Africa from 1948 to 1994 when it was abolished.

In the District 9 alien invasion, segregation is not based on race, but on species. The word “prawn” is used as a derogative term for the aliens. The public spaces in the city are littered with signposts bearing notices like, “FOR USE BY HUMANS ONLY” and “NO NON-HUMAN LOITERING, MANDATE H4-118 ENFORCEMENT AREA.”

But in my opinion, the alien invasion themes in District 9 also relate to the more contemporary post-colonial issues the region is facing today. In the last few years, xenophobia has become a major issue in South Africa. It is not surprising considering that every year, over a million people from across Africa migrate to South Africa in search of greener pastures.

Xenophobia can be defined as an unreasonable fear or hatred of foreigners or anything foreign. However, South Africa has limited resources and the ever-rising rates of unemployment are a real issue that perpetuate the cycle of poverty and violence in the country. It is not hard to see why, from the perspective of indigenous South Africans struggling with unemployment, the influx of immigrants into the country may appear to exacerbate the problem. One can draw parallels between this real-world situation and the post-apocalyptic crisis depicted in the District 9 alien invasion.

Interestingly enough, the themes the District 9 alien invasion explores are not regional issues that are unique to Africa. In March 2016, the European Union reached an agreement where it basically agreed to pay Turkey 3 billion Euros to keep refugees and asylum seekers from war-torn regions in the Middle East within its borders and prevent them from flooding into the EU. This was a bargain, considering that in 2016 the refugee crisis cost Germany alone over 20 billion Euros.

Like the solutions resorted to in the District 9 alien invasion, the measures instituted to prevent refugees from crossing EU borders may or may have not involved creating segregated camps, building high walls, increasing border patrol, and cracking down on human traffickers. Just as the EU-Turkey refugee agreement reached its five-year mark, Turkey announced earlier this year that it no longer wished to abide by the agreement, accusing the European Union of falling short on commitments of financial support. Last I heard, the Union was scrambling for a new deal.

From the time they are rescued from the broken mothership the aliens of District 9 are wretched and devolve into second class citizens within the socio-economic system of Johannesburg. But right at the very end of the movie we begin to see a very different picture emerge from the point of view of one of these extraterrestrial immigrants bearing the earth-bound name of Christopher Johnson.

The aliens are not merely giant prawn-like humanoids with a penchant for cat food crawling and foraging in the slums of Johannesburg. They have technology and knowledge far beyond the understanding of humans. The way the movie ends with Christopher activating the mothership, and then manipulating its sophisticated controls to steer it out of the Johannesburg skies where it has been dormant for two decades makes me even more curious about what the sequel holds in store for us.

What will happen in District 10? Is it payback time with Christopher returning to earth with reinforcements of alien allies? Or will the aliens turn out to be humanity’s last hope from an even greater threat? And as for Wikus van de Merwe, witless bureaucrat turned unlikely hero turned alien, only Jupiter knows if he will ever realize his dream of becoming human again.