Dystopian Fashion for Now & the Future 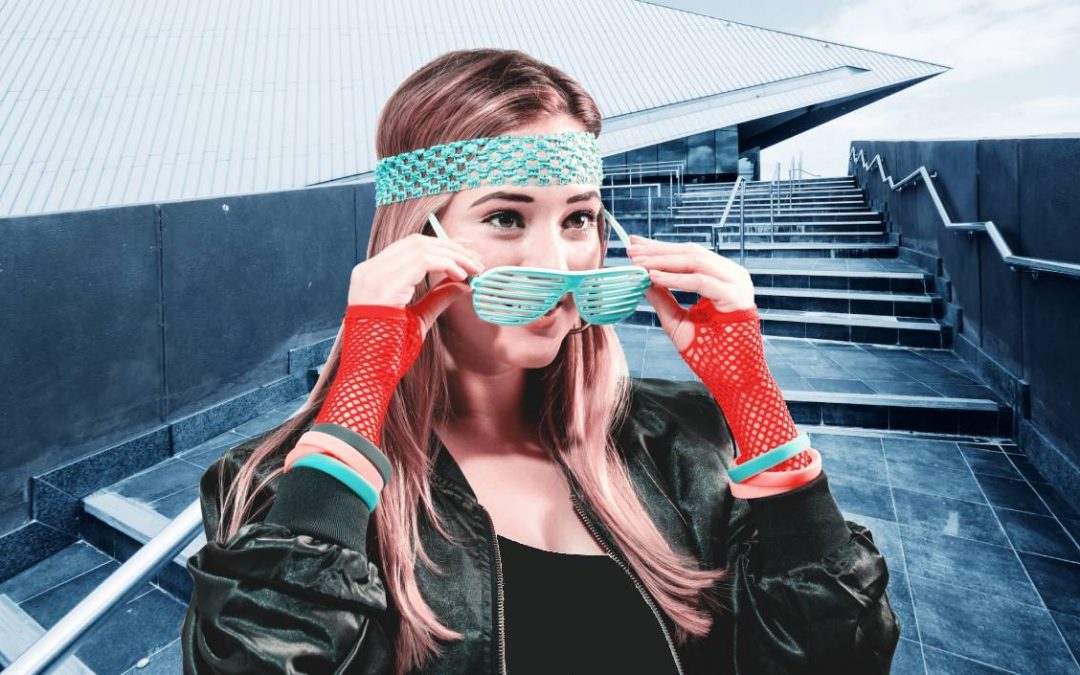 Dystopian fashion has been steadily growing in popularity. Whether this has to do with the trendsetters tapping into and embracing the public anxiety right now, I do not know. But what I do know for sure is that fashion that reflects your personality and lifestyle can be a perfect way of expressing yourself. Your style can help you make a statement about who you are, what you do, and where you are going. With all the restrictions, lockdowns and policing that is happening around the pandemic, I would not be surprised if those embracing dystopian fashion are making a statement about fighting the system.

DYSTOPIAN FASHION ON THE RUNWAY

Interestingly, dystopian fashion has also found its way onto the runway. A perfect example of this is Hype Couture’s latest collection, “Dystopia Chic”, which has been getting a lot of attention from the science fiction community. The label is known for taking current trends and adapting them to fit dark and futuristic themes. The line includes everything from high-waisted pencil with asymmetrical cuts, to short, studded leather jackets that would be perfect for a night out in dystopia. The designers credit science fiction movies like Blade Runner and Ex Machina as the inspiration for creating these new pieces.

When it comes to science fiction, dystopian fashion has a lot of symbolic meaning. The clothes that the characters wear and their style is a way for the author or the filmmaker to tell the audience about the subliminal aspects of the fictional worlds they have created. And so, the author or costume designer behind the scenes considers a lot of factors like the social hierarchy, political setting, cultural persuasion, religion, climate, and even the atmosphere and pace of the book or movie to relay the nuances in the storytelling to the audience.

This is beautifully demonstrated in the Divergent book series by the author, Veronica Roth. You may have watched the movies. The last Divergent movie may have been released back in 2016 but the series is still relevant in pop culture and science fiction. The dystopian fashion is such an integral part of the series that a whole chapter is dedicated to it in one of the books. Roth describes the clothing style in great detail and it is apparent how much thought she put into it.

In the first book, Divergent, Roth writes about a society post-apocalyptic dystopian society that is divided into five factions. Each faction has its own values and characteristics, and the followers must contribute to what the elders believe to be the most important virtue of the faction. And so, the clothing style and fashion sense of each one of the factions reflect its values and virtues.

The Abnegation faction believes in selflessness and sacrifice. The clothing style is sombre. The followers do not wear anything that might attract attention to themselves, and the do not want anyone to notice them. Their clothes are all shades of gray, black or brown. These colors represent the idea that people should blend into their surroundings so no one will attack them for being different.

The Amity faction believes in peace, friendship, and cooperation. Its followers are laid-back and they have a casual dress style. Typically, they wear things like jeans, t-shirts and hoodies. But one thing that really sets them apart from the others is their lack of technology. This means that not only do the followers of Amity dress very differently but they also live differently, choosing to forgo the use of modern conveniences like digital communication and even cars.

The Candor Faction believes in honesty at all costs. The followers of Candor endeavor to be honest and straightforward with their feelings and thoughts. Their clothing style, which is simple with little to no adornments and embellishments, reflects this way of life.

The Dauntless faction is brave and fearless. Its followers are risk-takers. Rather than conform to the norms of society they forge their own paths, which sometimes leads to them being misunderstood and persecuted. They wear dark, military-inspired clothes that echo the motto of their faction – “We believe in ordinary acts of bravery.”

The followers in the Erudite faction are intelligent thinkers who believe that knowledge is power. Much like the followers of the Candor faction they frown upon elaborate clothing. Their dress code is strict – plain, no adornments, embellishments, or patterns. They take modesty to another level by ensuring that their clothing covers their entire bodies. This way, a sense of uniformity is shared amongst the Erudites.

I explore futuristic dystopian fashion in my graphic novel, The Revolutionist. Set in the near-future where every aspect of life is dominated by the One Consciousness Corporation, it is a dystopian story that explores the concept of resistance on a colony called Arcanarc. If you want to know more about the story you can read it on my blog post here.

The corporation runs a tight ship. It is an economy-based dictatorship that persecutes individuality and demands conformity of the inhabitants on its colony. The colonists, or Arcanarcians, are all expected to act and look the same way, down to the clothes that they wear. And so, the acceptable dress code is a light-gray, plain tunic that must be worn at all times regardless of the occasion.

The resistance has created their own society in Arachnida, a subterranean city beneath the colony. Here, everyone can be themselves. The Arachnidites make it a point to express themselves through the way they dress.

The protagonist in the story, Ananiya, has a dichotomous character. As a member of the resistance, she is passionate about its agenda to bring down the corporation. She is determined, headstrong and uncompromising in this endeavor, arguably to the point of fanaticism. But when she is not trying to usurp the corporation or save the world, Ananiya is laid-back, with a casual attitude that lets the small things slide and gives the bigger things the benefit of the doubt.

For this character I chose a one-piece clothing style like jumpsuits and catsuits because her figure suits this type of clothing – lean, long legs and high waist. Ananiya is quick to speak her mind and only gives it a thought when it is too late. With her, what you see is what you get, and as such her personality is rather lacking in dark undertones. And so, the color palette I chose for her clothes is within the pastel range – the beiges, khakis, siennas, steel blues, okras, and dark sea greens. The color psychology behind pastel colors invokes words like peaceful, calming, romantic and reminiscent of Spring. Ananiya is all these things.

I wanted Ananiya’s clothes to also reflect her dichotomous character. One sequence of the graphic novel shows her in no-nonsense-mode with resistance business. She is clad in a beige, long-sleeved, legless, body-hugging catsuit whose clean lines accentuate her lean curves. With her blue platform boots rising to mid-thigh length and an oversized, asymmetrical collar drawing attention to her chiseled features and dramatic eye makeup, Ananiya cuts an imposing figure. It is in complete contrast to her casual style. One of Ananiya’s favorite chill outfits is an easy fitting okra green, long-sleeved, hooded jumpsuit, with trimmings to match her orange mid-calf boots.