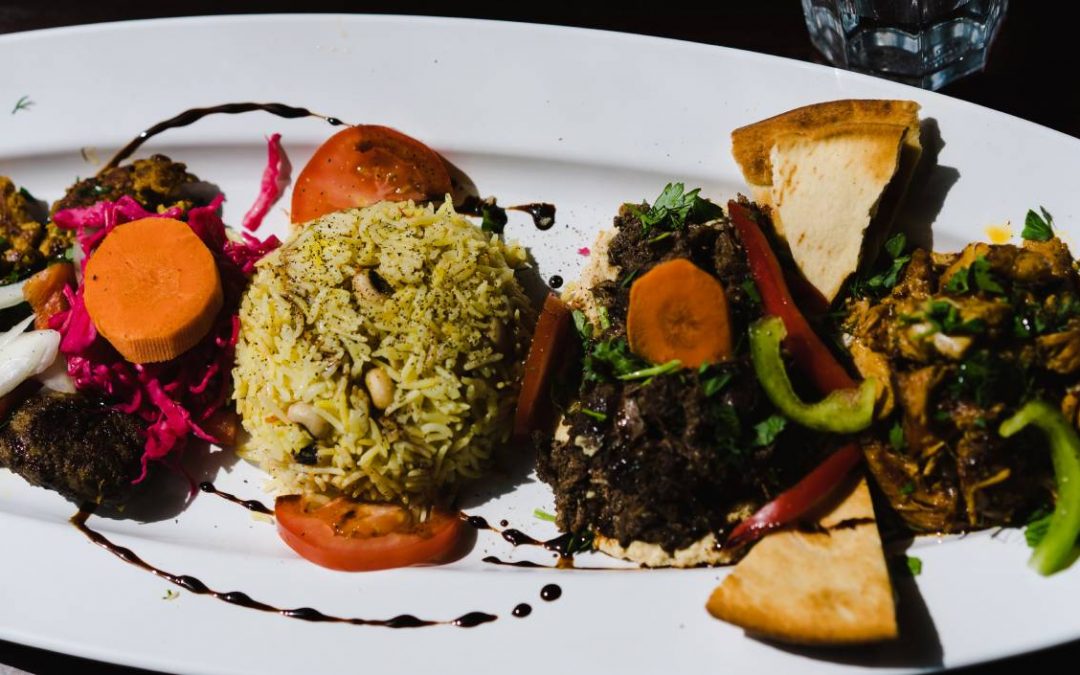 I watched the Snowpiercer movie on Netflix the other day and it got me thinking about futuristic food. Barely two minutes into the movie, we are introduced to the concept of futuristic food when grim-looking guards enter a train compartment to do a quick headcount before handing out protein bars to the hungry and disheveled third-class passengers.

It is year A.D. 2031. The earth’s remaining inhabitants are confined to a single train as it circles the frozen globe. This apocalypse began seventeen years earlier when world leaders released CW-7 into the upper layers of the atmosphere as a revolutionary solution to global warming. The CW-7 is an artificial cooling agent that was designed to bring average temperatures down to manageable levels.

Unfortunately, soon after the CW-7 was dispersed into the atmosphere the entire world froze over and all life became extinct, save a precious few – humanity’s last survivors who are doomed to ride the train for all their days if they are to stay alive.

It is later revealed in the movie that the main ingredient of the protein bars that were being handed out to the third-class passengers on the train were cockroaches.

However, this is not the first time that futuristic food has been depicted as bizarre, or even macabre, in science fiction movies. One of the great films of all time, Soylent Green, is a 1973 science fiction thriller starring Charlton Heston and Leigh Taylor-Young. It is an iconic film about food scarcity in a dystopian future where dying oceans, chronic humidity due to the greenhouse effect, depleted resources, and overpopulation have led to severe food rationing and other human suffering.

The story follows detective Robert Thorn as he investigates the murder of William R. Simson, a wealthy industrialist and board member of Soylent Industries. His investigation leads him to uncover the true secret behind Soylent Industries’ flagship product, soylent green. It is made from euthanized people!

While this is just fiction, I think there is something to be said about the correlation between environmental catastrophe and critical food shortages that may necessitate a change in what we eat and the way we eat it.

IS VEGAN THE FUTURE?

An increasing number of people I know are going vegan. A few have told me that they do not eat meat, eggs, or dairy, not for weight loss or to save money on groceries, but rather for ethical and environmental reasons. Going vegan has been shown to reduce one’s carbon footprint, save water, and help fight climate change.

With the climate crisis we are currently experiencing, could it be that the future of food will be the whole world going vegan in a few years’ time? What will futuristic food look like in say 20 years?

From 3D printed food to lab grown meat and edible insects, there are already advancements underway in food engineering that could completely revolutionize the very concept of food. Ever since the invention of processed food, we have been dreaming about what it would be like if our favorite foods were not only healthy but also tasted good. Thanks to some advancements, this could soon be a possibility.

The most recent development is an enzyme that can break down polysaccharides and produce glucose without any by-products. This means a sweet potato could taste just like a sugar cube! There is no word on when these enzymes are likely to hit the market, but they seem to work just fine in laboratory tests so far.

In a recent interview, renowned food scientist and author of the book “How to Cook Everything”, Mark Bittman, predicted that in 20 years or so, we’ll be eating bugs. This prediction is rather outdated considering that many cultures around the world have had bugs in their diet for centuries.

But I guess the point is that scientists are catching up to the idea and have begun to explore whether insects can be used as a source of food production, which could potentially solve some of our environmental issues such as greenhouse gas emissions or land degradation from farming livestock.

I am one of the nearly two billion people around the world who considers certain bugs like flying termites, caterpillars, and locusts to be a delicacy, and I can personally confirm that they are delicious as well as nutritious and a great source of protein.

I explore futuristic food in my graphic novel, The Revolutionist. Set in the near future where every aspect of life is controlled by the One Consciousness Corporation, it is a dystopian story that explores the concept of resistance on a colony called Arcanarc.

This colony is a space habitat that is completely manmade. It is designed to last for one thousand and one years, completely unaltered, drifting in outer space indefinitely. It is a manmade marvel consisting of awe-inspiring architecture that includes whole city blocks, which hanging in the atmosphere, defy the pseudo-gravity that tethers everything to the core of the habitat.

But since it is manmade, the colony cannot sustain wildlife or plants, which leaves the Arcanarcians with limited culinary options. And so, they eat algae. Because if there is anything that grows in abundance on a manmade galactic island, it is algae.

While micro-algae are an abundant, renewable, and natural source of protein, carbohydrates and antioxidants, all it needs to thrive is plenty of carbon dioxide, water, and light energy. There is plenty of carbon dioxide and water produced through the human waste disposal system, which Arcanarc’s scientists and engineers recycle through a purification system, and then divert to algae farms. These dome-shaped, half-sunken structures made of solar glass concentrate light emitted from decaying stars, magnifying it thousands of times over.

Imagine if algae were truly futuristic food? If you think about it, it would be the ultimate super food. It is gluten-free, dairy-free, sugar-free, and fat-free. In Arcanarc, the food is manufactured by Food Gate, the Corporation’s Food and Beverage Department that supplies the Arcanarcians with weekly rations of printable food cartridges. It uses hydrocolloids, or expanding agents, to enhance the algae in the food processing system. Just one spoonful of algae is enough to feed an average family of four for a day.

The hydrocolloids are also gelling agents. Therefore, the resulting food compound can be 3D-printed into all sorts of intricate designs. Add flavoring, vitamins, and other supplements, and you could have a gourmet meal printed in seconds, from shrimp flambé to lobster thermidor.

The Revolutionist is set approximately 80 years from now. By this time, there is a shortage of habitable land on Mainland Earth as a result of abrupt climate change that made most of earth hostile and uninhabitable. With the shortage of land comes other human suffering such as strife, disease, lawlessness, and starvation. The desolate people of earth are forced to eat beef-flavored cardboard and mud cakes to stave off hunger.