Historical Accounts of Dragons That Will Blow Your Mind 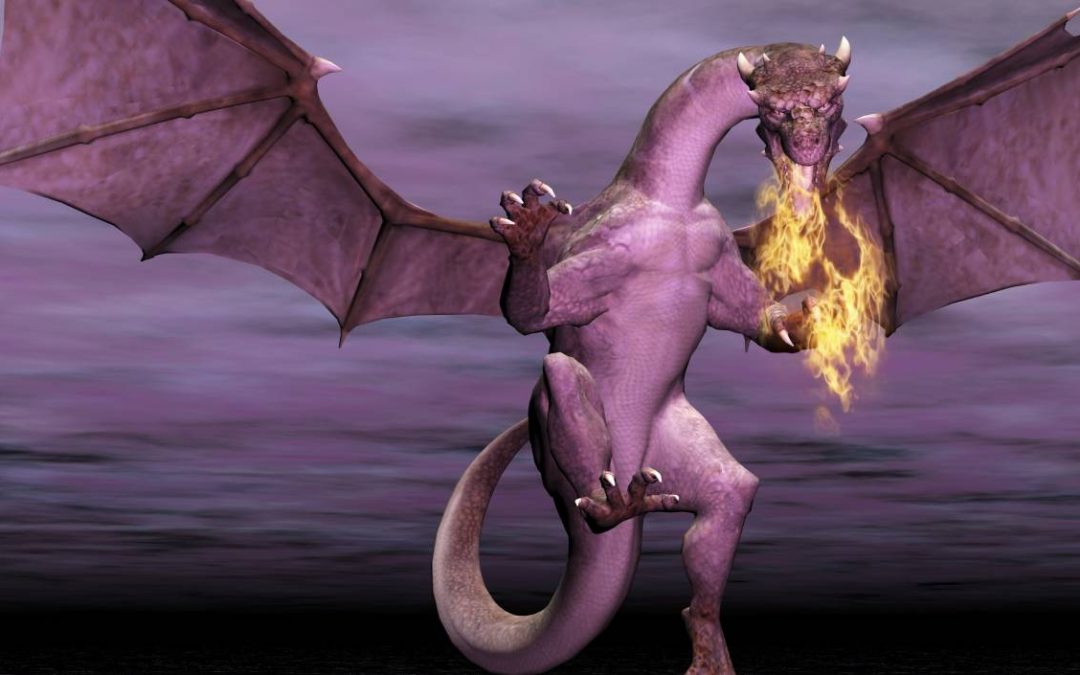 Being a huge fan of Game of Thrones, it’s no accident that I went looking for historical accounts of dragons; I miss that show! I will never forget those memorable scenes in the first season’s finale, when Daenery walked into the flames of the funeral pyre of her deceased husband, only to emerge from the ashes the next morning, bearing three dragon hatchlings. The moment was powerful and mythical, setting up Daenery as Mother of Dragons; the one who would reclaim the Iron Throne and resurrect the Targaryen dynasty.

But beyond the fantasy world of Game of Thrones, dragons are legendary creatures that have appeared in the folklore of many cultures. They are often portrayed as terrifying creatures, gigantic in size, capable of flying, and breathing fire or ice. Some cultures revere dragons as symbols of strength and power. They are benevolent beings with divine connections to mythical realms.

What with fossils of pterosaurs with 30-foot wingspans springing up everywhere, I would not be surprised if some form of dragon roamed the earth millions of years ago. But is it possible that dragons could have existed in recorded history? Well, here are historical accounts of dragons that will blow your mind.

ALEXANDER THE GREAT SEES A DRAGON

In 330BC, Alexander the Great reportedly saw a dragon while invading India. It was described as a hissing creature living in a cave, which the local people worshipped as a god. As his army passed by the cavern, the dragon hissed and snorted furiously, terrifying them all. Although they could not see the rest of the body for only the head was visible outside the cave, the dragon reportedly measured 70 cubits long, which is about 100 feet. Its eyes were large, about the size of a round Macedonian shield.

THE MYTHICAL YELLOW EMPEROR & HIS DRAGONS

Huang Di was an emperor of the Song Dynasty in China that ruled from 960AD to 1279AD. Also known as the Mythical Yellow Emperor and Ruler of Heaven, historical records report that he raised dragons within his palace compound. Legend has it that Huang Di rode to the summit of Tai Shan to make sacrifices; his chariot drawn by six dragons.

Flavious Philostratus, the 3rd Century historian provided a very detailed account of dragons. He reported that there were swarms of enormous dragons in India. Some inhabited the marshes, while others lived on the mountaintops. Unlike the mountain dragons, the marsh dragons were about 45 feet long, sluggish in their manner, and had no crests on top of their heads.

THE BOOK OF DRAGONS

It is not only in antiquity that we find historical accounts of dragons. They were described in reputable zoological publications in the Middle Ages and onwards. Reputable zoological publications like those written by Swiss naturalist and medical doctor, Konrad Gesner, document the existence of dragons. In his 4-volume encyclopedia, Historie Animalium, which he published between 1516 and 1565, Gesner reports that dragons are very rare but still living creatures.

Marco Polo, the renowned Venetian merchant and explorer from the 13th Century, reported seeing huge serpents during his travels in the province of Karazan. These so-called serpents were about 30 feet long and 8 feet wide. The two short legs, which were located on the upper part of their trunks, had three big claws as lethal as those of Tigers. Glaring eyes, and large, sharp teeth, they had jaws that were wide enough to swallow a man whole. Their appearance struck terror in all who beheld them.

There is a book in the British Museum that gives an early Anglo-Saxon account of a dragon dating back to 1405. Titled, Chronicles of Johannis de Trokelowe and Henrici de Blaneforde, this book describes how a quiet countryside in Suffolk in the East of England was terrorized by a dragon. The dragon was said to have been vast in body, with a crested head, teeth like a saw, and a very long tail. According to the account, it had slaughtered a shepherd, after which it ate many of his sheep. When the country folk hounded him with arrows, the dragon fled into the marshes never to be heard from again.

DRAGONS IN THE CONGO

The Harleian Collection of Travels is a collection of voyages, travels, journals, and discoveries from various writers, which have been recorded in their authentic voices. Volume 2 contains an account of dragons in the Kingdom of Congo, reported by 16th Century Italian explorer, Filippo Pigafetta.  Pigafetta described creatures that were big as rams, had wings like bats, long tails, and jaws with several rows of teeth. Their skin, which was blue and green in color, had not so much as scales, but rather the impression of them. These creatures had two feet only, located on the upper region of their trunks.

There are historical accounts of dragons reported more recently than the Middle Ages. On April 26, 1890, a local Arizona newspaper called, The Tombstone Epitaph, reported that two cowboys had come across a creature described as a winged dragon. Claimed to have had a wingspan of 160 feet, and a body that was more than four feet wide and 92 feet long, it resembled a large pterodactyl. While this story was considered a hoax for the most part, the description of the dragon fits the quetzelcoatlus, a pterosaur from the late Cretaceous period known to be the largest flying animal at the time. Its fossils were discovered in Texas.

THE WOODS OF PENLLYN CASTLE

The woods around Penllyn Castle in Wales were purportedly a hotbed for dragons. Before he died some years ago, an unnamed old resident of Penllyn remembered the dragons from his boyhood, claiming that the stories about them were true, and not just invented tales to frighten children. In fact, his father and uncle had killed some of the dragons as they were a menace to poultry. They were described as beautiful, winged serpents. They looked as if they were covered in jewels of all sorts. Some of them had crests sparkling with all the colors of the rainbow. When they flew overhead, the outspread wings displayed bright colors like the plumage of a peacock.

It was March of 1934. Coastguard Wilkinson Herbert was patrolling the beach at Filey at night when suddenly he heard a monstrous growling in the dark. He shined his torch in the direction of the sound and was confronted by a huge creature about six yards in front of him. Rearing its head, the neck, which was a yard in girth, rose 8 feet up. Its mouth was a foot wide, and its glaring eyes were large as saucers. The creature appeared to be as started by Wilkinson as he was by it. As it growled and moved away, Wilkinson saw it in its entirety. Its tailless, black body was about 30 feet long and had two huge humps on the back. The legs were short and had flippers for feet. The dragon rolled from side to side and vanished into the sea. This account was reported in the Daily Telegraph on the 1st of March 1934.

These historical accounts of dragons are compelling because dragons are mythological creatures that have had a profound impact on many cultures around the world. From ancient Greece and China to medieval Europe, myths about giant, winged lizards persist. We want dragons to be real because then it means that magic and mystery still exists in this world. But can these historical accounts of dragons really be taken as gospel truth, or should we take them with a grain of salt?

I recently went to the Ripley Aquarium in Downtown Toronto. I saw fish that my eyes could barely believe. There were jellyfish that were pulsating with bright lights like neon signs, electric eels that were sending charges of electricity through the water in their tanks, and fish that looked as if they wore silver plates of armor instead of scales. If there are such strange lifeforms in the depths of our seas and oceans, who knows what sort of dragon-like creatures could be lurking in our caves, swamps, volcanoes, and skies?