If You Are Feeling Lonely, Read This Now – Art & Rant Therapy For The Soul 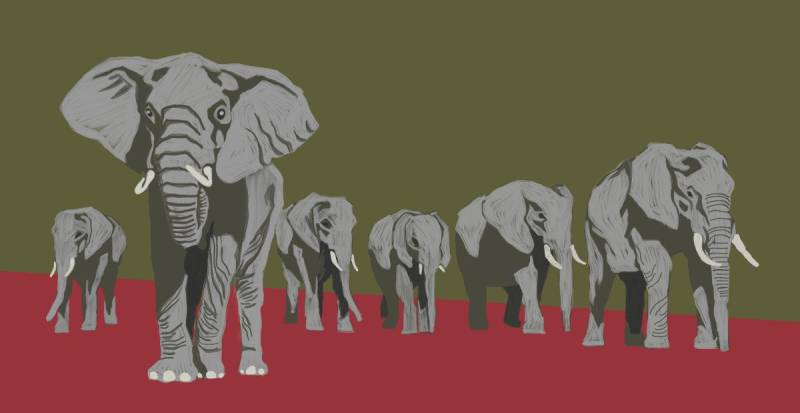 Even before the pandemic hit and the whole world was forced into quarantine, there were many days that I spent feeling lonely.

Granted, being an artist is a lonely path to follow. It goes without saying that to be a productive artist, you need to be a master of creativity. But that also means that you spend a lot of time inside your head, conjuring things up and transforming blank canvases into works of art.

In these moments – which depending on your level of productivity might not only be frequent but may also be extended – the real world tends to fall away, retreating to some distant shore.

I know many artists who like me work alone in the sanctum of their studios. Unlike regular office jobs where most other people get to interact with other humans and flex their social muscles, most artists I know are grinding it out solo in their studios, with only their inner voices for companions.

Is it any wonder then that every time we venture outside our studios, we look like rabbits caught in the headlights?

FEELING LONELY IS A GLOBAL THING

However, it is not only intense, socially awkward artists that are feeling lonely these days. Apparently, a growing number of folks of all ages and walks of life are increasingly feeling lonely with every passing year.

Mother Theresa once said that, “Loneliness and the feeling of being unwanted is the most terrible poverty.”

Indeed, loneliness is becoming such a global scourge that the UK recently appointed a Minister of Loneliness. And experts warn that Canada needs one too, considering that studies have found that one in five Canadians identify as being lonely.

So, if you have been feeling lonely of late, know that you are not alone.

WHAT IS CAUSING LONELINESS IN YOUR LIFE TODAY?

The causes of loneliness are many and are different for everyone. But here are some of the most probable reasons why you might be feeling lonely:

Moving to Another Place

Moving to another place may be as simple as a long daily commute to work, or as disrupting as relocating to another city or country. Either way, feelings of isolation and loneliness may begin to creep up during this movement.

I can personally attest to this. I moved from Zambia to Canada three years ago. The most difficult part about relocating was dealing with the feelings of isolation and loneliness. I was far away from my comfort zone, my family and friends and the place I called home. My entire life had been disrupted. And yet the strong relationships that took years to build were nowhere near to help me get through the hard times.

I am not one of those people who hates on social media. I think it is great that social media allows us to have hundreds of friends whom we can connect with at the click of a button.

But moderation please! Too much of a good thing can be a bad thing. Hands up if you have ever been left feeling lonely, not to mention envious and unaccomplished after scrolling through your social media feeds and seeing how exciting and glamorous other people’s lives are.

Most of us have upwards of a couple of a hundred followers on social media. I know of people who have thousands of followers. These relationships, in my opinion, tend to be shallow since we all know that we can’t really forge deep connections with hundreds of thousands of people. I cringe at the thought of the endless hours I spent voyeuristically scrolling through my social media, when I could have been investing in real live relationships.

Painful life circumstances such as divorce, loss, poverty and illness can increase feelings of loneliness.

There was a long period where it seemed that no matter what I did, my life was going nowhere. I was a deadbeat artist and it seemed that there was nothing in my power that could get me out of that funk.

I kept wondering where exactly I took the wrong step that led me down this senseless, meandering path. During this period, even if I was surrounded by family and friends, I was consumed by a deep feeling of loneliness.

It got so dark that one night I dreamt that I attended one of those school year anniversary galas. As I rode my bicycle on the way to the gala, I was freaking out about seeing all my old friends after such a long time, imagining how successful their lives had turned out compared to mine. There I was, arriving at the gala on a bicycle, only to find that my friends were landing there in their spaceships.

Feeling lonely can be as a result of alienation. Sometimes we feel that we are misunderstood. Sometimes we are different. Sometimes we just don’t fit the mould. A lot of the time it is easier to drift to the fringes rather than trying to fit in. But it’s a hell of a lot lonely out there.

I am not exactly the most girly girl out there. As far back as I can remember I have always been a tomboy. I never fit in. Way back when, it bothered me so much that nobody wanted me in their play group since I did not look, act or have the same interests as the other girls. It made me feel lonely. These days, I do not lose much sleep over it. We are who we are.

Not that long ago, communities were tightknit. The emphasis was on the collective rather than the individual because people inherently understood that for one to survive or thrive, they needed the support of the communities that they belonged to.

But in this Internet age of personal computers, information technology, mobile phones and apps that are forever innovating ways to make our lives easier and more convenient, humans are quickly evolving into one-man industries.

We are becoming so efficient and self-reliant that it is becoming less and less relevant to be part of a community in order to survive. Honestly, with technologies like Apple’s Siri and Microsoft’s Cortana, who needs flesh and bone personal assistants, or messy human relationships for that matter?

Unfortunately, the flipside of extreme self-reliance is the withdrawal from the collective or community or social networks, a state of isolation which may result in feeling lonely.

Let’s be real, the rigors of modern, fast-paced life are enough to induce stress, and the feeling of isolation and loneliness. From working your nine to five job, to taking care of the kids, to keeping on top of the bills, to doing the laundry, cooking, making sure that the house does not burn down, and keeping up with the Joneses on social media and in real life, there always seems to be mountains of things to do that never get or stay done.

You are likely to feel exhausted, stressed, overwhelmed and anxious when you are constantly on this treadmill, so to speak. You may feel like the burden of the world is on your shoulders, and no one is on your side. These emotions may lead to isolation and feeling lonely.

WHAT CAN YOU DO ABOUT IT?

While there are many factors that may lead to the feeling of loneliness, it is important to remember that loneliness is transient. It does not have to be a chronic state, and there are many actions that you can take to combat feeling lonely.

Researchers have found that the most negative feeling that people have towards themselves is that they are “different from other people.” This self-doubting inner critic can keep you stuck in a cycle of loneliness.

When you hear this inner critic begin to whisper in your ear, it is vital that you do not allow it to manipulate your behavior. Acknowledge your feelings of loneliness and isolation without judgement, knowing that they are not necessarily who you are. They are natural human emotions that shall pass.

When someone we care about is going through a tough time, most of us would treat them with love and compassion. Ironically, we kick ourselves down when we are having a hard time. Our own worst critics, we are impatient, frustrated and harsh with ourselves. Self-compassion is the radical act of treating yourself with the same kindness that you would treat a friend in need.

Did you ever hear about that story of a girl who kept a secret that she could not tell a living soul? It began to weigh heavily on her, and the girl feared that she would go crazy if she did not get the secret off her chest soon. And so, she shouted it down an empty well, and felt much better after that.

Well, even better than shouting it down a well, is reaching out to a friend. Reaching out to someone whom you trust and talking to them about what you are going through can be therapeutic and ease the feeling of loneliness.

Get out of your head. Being aware of those around you, or mindful of your environment can often shift your attention away from dwelling on your negative thoughts and feeling lonely.

Come up with some ideas that can help you get out more and break free from isolation. Start by asking yourself the following questions:

When do I feel most alone?

When do I feel the least alone?

What activities do I most enjoy?

Is there anyone I feel good spending time with? List their names.

Now that you have this valuable data you can arrange social activities focused on breaking you out of the cycle of isolation and loneliness.

I am no expert. I am certainly not a psychologist qualified to counsel you on how to manage the feeling of loneliness. But I would sure love to share with you the thought processes I personally use to cope with feeling lonely.

To me this proverb echoes the sentiment of togetherness. Togetherness in a mindful way where it would be pretty hard to feel isolated or lonely. Because you are focused on your companions rather than the destination, the journey does not seem as long and hard as it really is.

On the other hand, the proverb implies that going it alone may be a short-lived and erroneous journey. Who will be there to help you up when you stumble and fall? Who will be there to give you a drink of their water when the sun is high, and your flask is empty? Indeed, you are so focused on the destination that the journey seems longer and harder than it already is.

I visualize this concept in my artwork called, Elephant Gang, which is the feature image for this blog post. Elephants by their nature are mindful creatures. They form one of the strongest bonds known in the animal kingdom.

When a herd of elephants makes the long journey across the hostile Serengeti Plains, they move slowly and deliberately upon well-trodden paths, never leaving behind one of their own. They have been known to trek long distances to pay homage to the bones and resting place of a fallen matriarch.

Now I know if I were an elephant, I would never be alone.

Enter your details below to join my newsletter. Get regular updates on my art, starting with this free download of my sketchbook.

Join my newsletter and I will send you regular news, updates, and relevant promotional material. You can unsubscribe at anytime. By clicking on "Get It Free!" you confirm that you have read and agree to our Privacy Notice here.