Imagine a World with No Clocks – Would Civilization Survive? 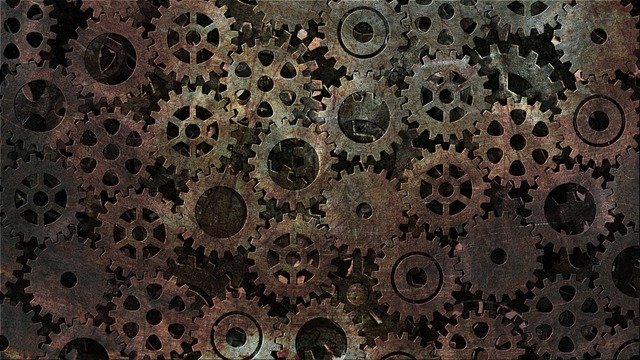 What if there were no clocks in the world? Would that mean we would all be set free from the shackles and regiments of mechanical time? Truthfully, from where I am standing that does not sound like such a bad idea.

RULED BY THE CLOCK

I don’t know about you, but I am tired of most of my life being ruled by the tyrannical clock. My alarm clock jars me awake in the early hours of the morning every weekday. The clock on my wrist – its hour hand steadfastly stuck on the 9th hour while its minute hand merrily ticks past the 15-minute calibration – jeers as I run, trying to catch up with a bus I know I’ve already missed. I wonder – what if there were no clocks?

The clock hanging on the wall behind the supervisor’s desk indicates that it is 9:30 am, corroborating my boss’ accusations that I am late, again. I wonder again – what if there were no clocks?

About 10 hours later I am creeping back home, utterly exhausted from overcompensating for all the times I have been late for work, and for the times I will probably turn up late in the future. I glance up at the wall-clock in my living room the moment I walk through the door. It’s 9:32 pm.

It’s probably too late to cook a proper meal. Cereal for dinner again. It’s also probably too late to get in a decent workout. I guess I will just scroll through my social media until I fall asleep. And my clock will jar me awake in the morning to begin its tyrannical reign all over again. Once again, I wonder – what if there were no clocks.

How did we get here?

BEFORE CLOCKS WERE A THING

It wasn’t always like this. There was a time before clocks were a real thing, when the average human was focused on task-oriented time. Time was represented by the cyclic processes of nature – the rising and setting of the sun, the passage from season to season.

The nomads and farmers of old measured their day from sunrise to sunset. Their concept of time was influenced by the seasons which dictated when it was time to sow seeds and when it was time to harvest. The craftsman may not have been so influenced by the elements, but he observed the circadian rhythms, the ebbs and flows of the seasons within. He worked for as long as he felt it was necessary to perfect his product. Time was seen in the process of natural change. The farmer and the craftsmen were in the least concerned with the exact measurements of time to the minutest degree.

THE PROBLEM WITH CLOCKS

The problem with the clock is that capitalism has used it to distort our relationship with time, using it as a tool to dominate and control us and turning us into servants of an unnatural concept of time. For centuries the lives of working people have been dominated by the clock. It was introduced in the early 19th century as a way of forcing factory workers to follow strict schedules.

If no clocks meant no capitalism, that would be fine with me. But the question is, what would happen to modern-day civilization if there were no clocks? On one side of the argument, some people believe that our lives would be chaotic, and society would crumble without strictly timed schedules and synchronizations. There would be no way of measuring the passage of time and we would be lost in a never-ending sea of minutes and hours.

On the other hand, others argue that humans are capable of functioning without clocks. We were doing great for millions of years before the clock came along, and we will be good so long as the sun, moon, and stars carry on with their natural cycles. While this may sound like a nightmare for some, it’s how some cultures in other parts of the world live.

Rather than allowing the mechanical time of the clock dictate their activities, they rely on their natural surroundings to keep them on schedule. I have heard of tribes in Sub-Sahara Africa that are cattle herders and still live in the old ways. They can estimate what time of the day it is by observing how high in the sky the sun is and the resulting deepness or shallowness of the shadow cast on the ground.

I have nothing against clocks. Ultimately, clocks are important. I only wish that we could slow down enough to use clocks as a general reference for time, rather than using it to chase down every last millisecond.

If you liked my story exploring a world of no clocks and want to read more stories from me, subscribe here. By subscribing, you never have to miss another update on stories just like this one.