Into Magic Realism Short Stories? This One’s One of a Kind 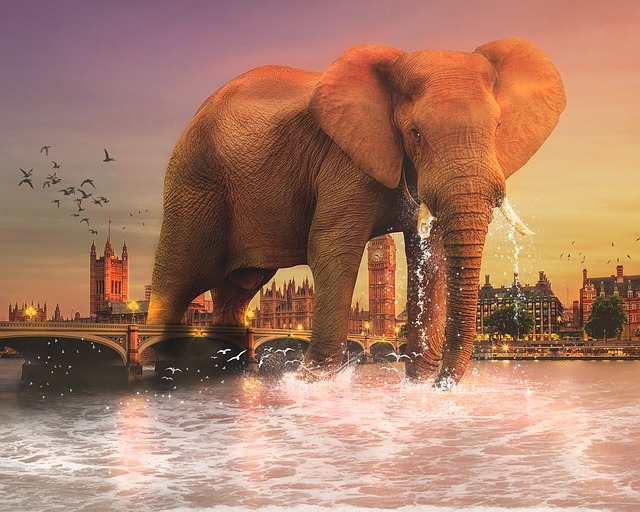 What’s there not to like about magic realism short stories? They are entertaining and are perfect for reading in short bursts. They blend the real and surreal together to create fantastical worlds. The magical elements make for unpredictable plotlines that keep you hooked.

Keeping that in mind, it is my pleasure to introduce the author, Mbozi Haimbe. She is our very first guest writer here on Artistrophe, and her first offering is a magic realism short story called, The Pencil. Unlike a lot of magic realism short stories that I have read, this one’s one of a kind because it is based in Africa – Zambia, to be precise.

Set on a university campus in the capital city, Lusaka, The Pencil offers us a unique glimpse into the Cultural and societal norms in Zambia. The story is written in the first person so that we perceive the world from the perspective of Obed Mwila, the protagonist of the story.

Right from the beginning, it is established that the student community on the university campus is structured according to a strict social hierarchy. In this ecosystem exists everything, from the haves and have-nots to the has-beens and wanna-bes, all of whom are designated colorful labels in typical campus lingo.

Our Obed is a “monk”, a classification for those on campus notorious for being penniless and celibate. On the other hand, his roommate, John Mafuta, is from the opposite end of the ecosystem. As a “chongololo”, he is always monied up and most certainly always has a pretty girl hanging on his arm.

The disparity between Obed and his roommate’s circumstances brings to the fore certain issues about inequities in the social stratification on the campus, and by extension, in the urban societies of Zambia. Even though the two boys are roommates, John is more affluent and so he pays Obed to do chores like cleaning their room, washing and ironing his clothes, and wiping down his Nike sneakers.

This entitlement extends beyond their business transaction and begins to seep into their personal lives as John is constantly borrowing things from Obed, and consistently forgetting to return them; small things like pens, pencils, and occasionally a water-heating element, which according to John are nothing to be precious about. But for Obed who is forever scrounging around for pennies, these small things add up to big things.

And then there is Thandie. Thandie, with her light brown complexion, big eyes, curvy hips, and thick thighs. She is the biggest reason why Obed’s blood is bitter with hatred for John Mafuta. The girl gets nothing but taken for granted. And the fact that she is John’s doting girlfriend is living proof that the jerks really do get all the best girls.

“I could love her so much better than he does, if only she would notice me sitting here,” Obed bemuses as he watches Thandie cook John’s dinner on a hot plate that’s perched on bricks on a desk in the corner of the room. He is putting up with the intrusive smell of frying onions just so he can bask in her presence. Just when you think this story could turn out to be a contemporary romance, Obed stumbles upon a magic pencil…

Imagine you found a magic pencil that could grant you anything you wished for? Unlike the genie in Aladdin’s lamp that only granted three wishes, this pencil could grant you anything you sketch with it. What would you do? Would you sketch a perfect picture of a fairytale life? What wonders and marvels would unfold if you had such a magic pencil? Or perhaps the true question is, what Pandora boxes would be unlocked? Lest I give too much away, you can read The Pencil here.

I like Haimbe’s writing style in The Pencil because it is unpretentious and concise. I certainly appreciate its brevity as the meaning in overly lyrical prose can sometimes be lost on me. Written in the first voice, this style convinces the reader that the thought processes, internal dialogue, and voice explored in the narrative are indeed those of a young adult male.

However, although seemingly non-confrontational on the surface, The Pencil is nuanced, owing to the socio-economic issues it subtly explores. It simmers underneath the surface like hot coals, making coded commentaries on relevant issues pertaining today.

Take for instance Obed’s obsession with Thandie. In his description of her beauty, there is an emphasis on her light brown complexion. The global skin-lightning industry is estimated to be a multibillion dollar industry. In Africa, it is estimated that over 40% of women use skin lightening products to modify their appearances.

This is hardly surprising, considering the individual and collective beauty standards where lighter skin is perceived as a marker of superior beauty and economic status. Not only does this have negative post-colonial connotations, but the health implications are disastrous as these skin lightening products can cause liver and kidney damage, psychosis, brain damage in fetuses, and skin cancer.

If we ask whether Thandie would have given Obed the time of day had he been a rich boy, we can similarly ask whether Obed would have been as obsessed with Thandie if she was not a light-skinned girl.

Magic realism short stories that focus on the everyday lives of African characters are an important counterpoint to the clichés we so often see in popular media. They show us the rich diversity of African cultures and remind us that as well as magic and mystery, there is more to Africa. The Pencil is a must-read if you are looking for magic realism short stories told from an alternative perspective.