Mesmerizing Myths about the Real Mermaid 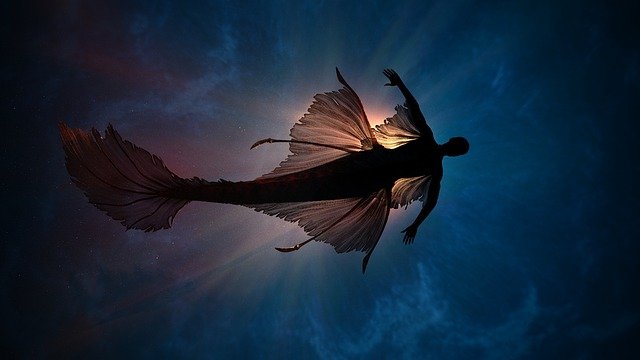 Mermaids have been a popular subject in mythology and legend for centuries. Their beauty, mystery, and connection to nature captivates us, and perhaps that they symbolize sexuality and freedom, and embody everything that is sensual and alluring speaks to something primal deep within us. But have you ever wondered whether mermaids are just a myth, or if there really is a thing such as a real mermaid?

There have been alleged sightings of mermaids throughout history. One such sighting was by explorer Christopher Columbus who, on January 9, 1493, while sailing near what is now the Dominican Republic, reported seeing three mermaids in the sea. According to this account, which he recorded in his diary, Columbus was not impressed by what he saw, describing the mermaids as not half as beautiful as they are painted.

A real mermaid was spotted off the coast of British Columbia. She had long blonde hair and the lower body of a porpoise. She sat on a rock at the entrance to Active Pass, eating a silver salmon while passengers aboard the ferry, Queen of Saanich, gawped at her in disbelief. This account was recorded by the Daily Colonist on June 14th, 1967. The Undersea Garden, a floating aquarium which at the time was operated by the Oak Bay Marine Group, offered a $25,000 reward for the mermaid.  However, she was never again to be seen.

In 2009, a real mermaid was allegedly spotted on a beach near the city of Kiryat Yam in Israel. Witnesses claimed that the creature appeared to be a cross between a young girl and a fish. Appearing on the shore at sunset, the creature would perform a few tricks before disappearing into the water. The witness accounts were so compelling that the Israeli government put out a one million dollar reward for anyone who could provide evidence of the mermaid’s existence.

THE MERMAIDS WHO LIVED DOWN THE STREET

While these sightings of real mermaids were recounted with a sense of bewilderment, there are cultures in parts of the world where talk of the real mermaid is as natural as neighborhood gossip. Growing up on farmlands on the outskirts of the city of Lusaka, local legend had it that not only were mermaids real, but they also possessed superpowers.

You see, down the dirt road from where I lived was a tiny house that everyone beheld in awe and dread. Shabby and rundown, we called it the Corner House for it stood forlorn right at the bend of the road. The compound surrounding the house was a dusty junkyard. It was strewn with broken down parts from long outdated models of John Deere tractors and Bedford trucks.

Though we rarely saw them, we knew that several people lived in that tiny house. Every couple of months or so, the house would get a fresh coat of paint. Overnight, the grimy walls were transformed into a beautiful work of art, which was always a meticulously painted mural of a breath-taking mermaid.

Every once in a while we spotted the Corner House people outside in the yard as we hastily walked past the house. There must have been dozens of adults and children of all ages living in that little ramshackle. They wore tatters and looked wretched and desolate. But the word around was that they were mermaid people. They had supernatural powers that gave them the ability to live in a kingdom underwater. This kingdom, it was claimed, was marvelous and full of splendor. Every merman and mermaid lived in a palace. Here in this water kingdom, the Corner House people were kings and queens.

As much as there have been alleged sightings of mermaids around the world, it is worth noting that there have also been a great many hoaxes concerning the myth of the real mermaid. Take for instance the Barnum hoaxes. Phineas Taylor Barnum was an American showman known for founding the Barnum and Baily Circus. In 1842, Barnum astounded crowds when he displayed the remains of a creature he called the Feejee Mermaid. In reality it was a taxidermy fake created by grafting the head and torso of a monkey onto the body and tail of a fish.

But long before Barnum’s Feejee Mermaid were the Jenny Hanivers. Appearing in the 16th Century, these artefacts were purportedly the remains of sea demons, dragons, and most often mermaids, which sailors sold to tourists as souvenirs. Little did they know that these artefacts were actually the carcasses of flat cartilaginous fish like stingrays and skates. For a bit of profit, the sailors caught these sea critters, and dried, carved, and varnished them until they resembled unearthly creatures.