Paranormal Dreams, Are They Prophetic or Absurd? 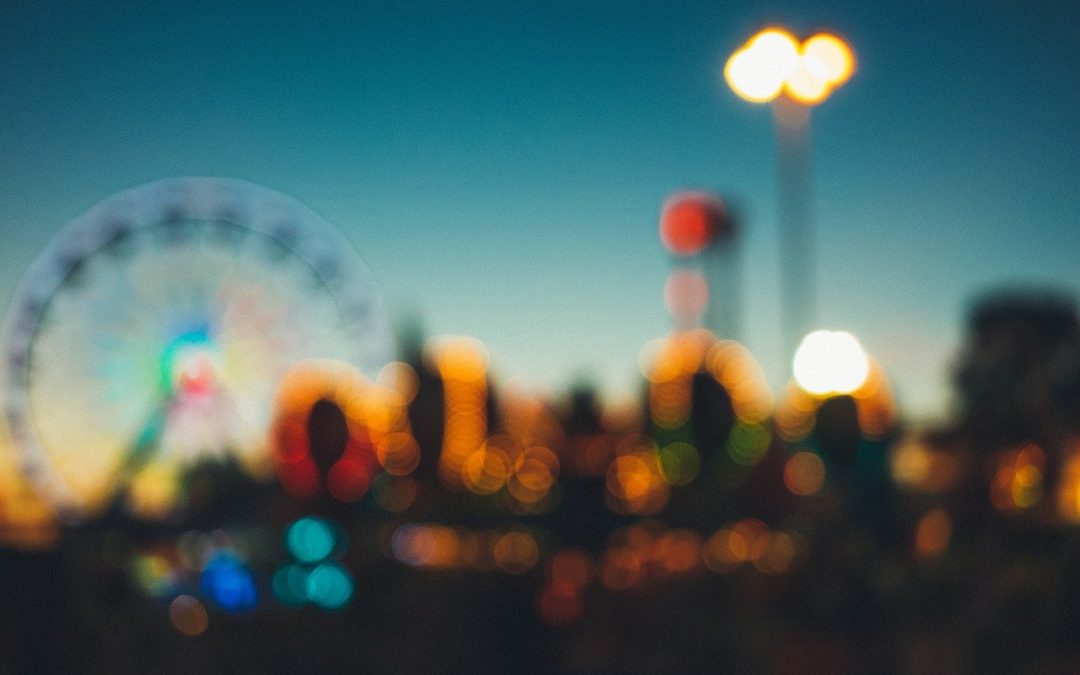 I am curious to know if it’s just me or if anyone else has had a paranormal dream that is so vivid that it seems more like a memory. A paranormal dream can be described as a dream that contains elements or situations which cannot be logically explained. They often involve supernatural beings such as ghosts, spirits, and other entities which may not be part of our everyday reality. These kinds of dreams can be quite frightening as they seem to come from a place outside of our normal understanding of the world.

Some people like to brush paranormal dreams off as merely weird and meaningless images their brains conjured up during their sleep. But for me, I am curious about why we have paranormal dreams. Do they have any significance or purpose, and could there be something sinister behind such dreams?

THE MEANING BEHIND PARANORMAL DREAMS

When we dream, we aren’t typically aware of what is happening. Dreams are often a collection of images and thoughts that our brains process while we sleep. Experts believe that this is our brains’ way of working through our thoughts and emotions. Dreaming could be a way for the brain to purge partial, erroneous or unnecessary information. However, some dreams are more significant than others, and can be interpreted to reveal something about our subconscious minds. Paranormal dreams are generally characterized by feelings of fear or terror. The following are some of the most common ones:

The “Running or Chasing” Dream

A paranormal dream about being chased can have different meanings depending on the context. For example, if you are being chased by someone who is trying to harm you or an entity that is unknown and unseen, it might represent a fear or anxiety that you are experiencing in your waking life. Looming deadlines at work, piling bills or unmanageable personal responsibilities are some stressors that could possibly trigger such dreams. Alternatively, if you are the one chasing something or someone else in your dream, it might symbolize a desire to catch up with something or someone that is important to you.

The “Lost in a Maze” Dream

Dreaming about being lost in a maze could be a sign that you are feeling overwhelmed or confused about your life. It could also mean that you are struggling to find your way through a difficult situation. If you are stuck at a dead end in your dream, it may represent an obstacle or challenge you are facing. Alternatively, the maze could symbolize something that is trapped inside you which you are trying to figure out how to release.

The “Dead Loved One Being Alive” Dream

Another paranormal dream that is of great significance is dreaming of a deceased loved one as if they were alive. If you experience this kind of dream, it could be a sign of changes and transitions, usually positive ones, happening in your life. A deceased loved one showing up in your dream may be a clue that a complete paradigm shift is in the works, especially if something in your past has been holding you back from moving on.

In the spirit of sharing let me tell you about a paranormal dream I had recently. It was about an amusement park of all things, one of the weirdest things my subconscious mind has ever conjured up. I was walking around the amusement park, anticipating which ride to get on when I glanced over at a restaurant across the street. There were two elderly ladies standing in the wide windows on the second floor above the restaurant. They were both standing terribly still, staring out at the crowd with vacant eyes. They gave me an uneasy feeling and my gut instinct told me to leave the amusement park right away. I ignored it and joined the queue to ride a mine train roller coaster.

I don’t remember the actual ride as the mine train dug its way through a cave. All I remember is the chaos that greeted me as the train emerged from the other side. The entire park was trashed with litter as people ran around in total panic, their screams of terror piercing my eardrums and sending chills down my spine. It was the hellish version of the amusement park it had been before I got on the mine train.

Throwing a frantic glance above the restaurant, I saw that the wide window was shattered, as if something or someone had crashed through it. Instinctively, I knew the two old ladies I’d seen standing at the window earlier on had something to do with whatever was going on in the amusement park now. My one and only thought was to get out of there. I jumped off the train as soon as it halted to a standstill.

All of a sudden, I was on the rooftop of a concrete building. Clearly, I was no longer at the amusement park because below me was an abandoned loading dock at the back of what appeared to be a warehouse. Judging from the wilderness surrounding the facility, which stretched further than my eye could see, I was in the middle of nowhere.

There were a bunch of people with me on the rooftop. Someone shouted that it was not safe up here. They were coming. I did not stop to ask who “They” were. Instead, I hurried down a hatch just a few feet away. A steep flight of stairs led to a dimly lit hallway. I crept down it with as light a foot as I could master.

Fifteen minutes of scrambling down deserted hallways, making random turns, and taking blind corners while unfathomable shadows slid in and out of my periphery vision brought me to a large room full of people milling about aimlessly. After navigating the creepy and deserted hallways I was just so glad to encounter other humans that I fool-heartedly rushed into the room.

It took me a beat or two, as I stood in the middle of the room, to realize that the people had hollow eyes that vacantly stared ahead. They reminded me of the two old ladies I’d seen in the window above the restaurant at the amusement park.

The people with the hollow eyes closed in on me. I ducked just as one of them grabbed at me, and I ran for the door across the room. It was locked. Only after I’d banged on it for several desperate moments did someone open the door a crack. By some miracle I managed to squeeze through that crack, and the door was barred shut behind me as soon as I was safely in the crowded hallway. It was a great relief to see that there were no hollow-eyed people in this crowd.

I assured them that I had not been touched, which was, thankfully, corroborated by some disembodied voice in the crowd that pointed out that if I had been touched, I would have turned by now. And then someone else whispered that it was not safe here.

“They” were knocking down doors for the hollow-eyed people. We all seemed to shrink at the mention of the ever elusive and sinister “They”. Those who by now were more frayed around the edges than the rest of us, who thought they would not make it out alive, incessantly whispered, “Carry my photo!”

They were attempting to hand their photographs over to anyone who would take them in the hope that these good Samaritans, having themselves survived this hellish nightmare, would somehow trace their families, and return the photographs to them. It kind of reminded me of how in the movies soldiers would rip the dog tags off their fallen brothers and from there on out make it their mission to return the dog tags to their families come hail or storm.

The only way I can describe the unearthly crash that followed is that it sounded like the four winds had converged at the door, bringing with them the thunders of a thousand storms. Petrified as barn mice, we scuttled in every direction.

I scaled a stack of shelves, displacing the linen and blankets that had been neatly stored away on my way up, and hid inside a cupboard at the very top. My own labored breathing had to subside before I could discern the muffled breaths of another beside me.

I squinted horribly, acclimatizing my eyes to the darkness. The form of a frightened girl with haunted, wide eyes unfolded before me. She was crouching in the farthest corner of the cupboard. Judging from the looks of her disheveled appearance and the staleness of the air in the cupboard, I suspected she’d been camped there for a while.

The door must have exploded and turned to dust by the time it hit the floor. There was wailing, and hailing, and mighty clasps of thunder as the four winds gathered into the hallway. It was the most ungodly and terrifying thing I’d ever had the misfortune of witnessing, albeit from the confines of a dark, little cupboard. They were finally here.

“Carry my photo!” the girl next to me breathed.

If like me you’ve had a paranormal dream about an amusement park, it may be helpful to know that this type of dream has different connotations depending on the context. One interpretation is that dreaming about an amusement park may be a representation of that inner child. It could be associated with the nostalgic desire for simpler times when the pressures of adulthood did not compel us to live inside our own heads. As the busy world around gets too much to handle there arises a need to escape.

Alternatively, dreaming about amusement parks that involve bad scenarios like rides falling apart or situations where the park is rundown or abandoned, this could suggest unexpected events in your life or a need for change. Your attention could be focused on the wrong thing. There may be a need to focus less on distractions and place more emphasis on practical things that could bring progress to your life.

Paranormal or not, we all know that dreams can be puzzling, cryptic, and downright weird. But as far as I can see, dreams could actually tell us a lot about what we are feeling in the moment. They can reflect our anxieties, hopes, insecurities, and desires. So next time you’re struggling to make sense of a particularly odd or troubling dream, take a closer look at what it might be saying about your inner thoughts and feelings. You may be surprised at what you find!

If like me you recently had a paranormal dream, tell me about it. Drop me an email at artistrophe@artistrophe.com

In fact, just tell me about your weird dreams, paranormal or not.