So, Will AI Take Over the World? 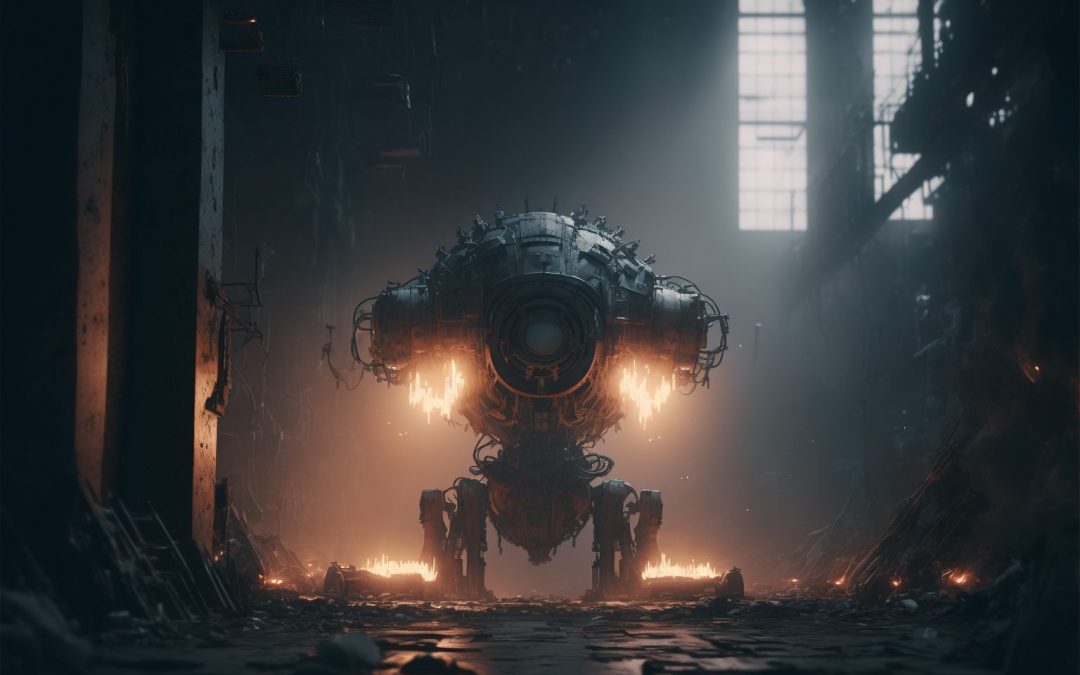 No really, it’s a valid question – will AI take over the world? Think about it, every time you painstakingly hashtag a post on Instagram, you are appealing to the Instagram algorithms to make you more searchable on the platform. Every time you part-take in another mind-boggling TikTok challenge, you are pandering to the TikTok algorithms in the hopes of going viral. Much as I would like to express my unadulterated opinions as I write this blog post, I am also writing it in such a way that it appeases Google’s algorithms because the higher my blog post ranks on Google’s search engine, the higher the chances of someone somewhere out there reading it. And what do all these algorithms have in common? They are based on AI technology. AI may have taken over the world as far as social media goes.

AI is the acronym for Artificial Intelligence. It involves programming machines and computers to simulate human behavior and cognitive processes. In science fiction, AI has often been depicted as being smarter and more powerful than human beings. In this portrayal, machines take over the world, inevitably becoming oppressors, or worse still, they are literal bringers of doom on the verge of wiping out the entire human race. However, in other cases AI is depicted as benevolent and beneficial to society, creating a utopian future in which all of us can live abundantly. But science fiction is exactly that – fiction. Will AI take over the world in real life?

It can be argued that AI has the potential to take over the world. By taking over jobs that are traditionally performed by humans and performing faster and more efficiently than any human could ever be capable of, it could dominate key industries such as manufacturing, agriculture, information, and even defense. It’s already being used extensively in the healthcare, finance, marketing, art, writing, music, graphic design, and entertainment industries. Rather than the doomsday scenario we all dread and fear, the exploitation of AI has so far been in the best interest of humanity.

Machine learning is a subset of AI that uses algorithms to parse data, discovering patterns and insights. It has found many applications in healthcare, from helping doctors diagnose diseases to predicting patient outcomes. AI, therefore, has the potential to improve patient care and help save lives by detecting patterns in symptoms and illness behaviors that may have been overlooked or misdiagnosed due to human limitations or error.

Manufacturers know all too well the importance of keeping their machines running and ensuring that production stays on schedule. However, predicting when a machine will break down can be difficult. That’s where AI comes into play. By using predictive maintenance algorithms, engineers can more accurately predict when a machine will need servicing and repairs. This allows them to schedule maintenance at the most opportune time, keeping machines running optimally and minimizing costly production delays.

It’s all well and good that AI is used for the good of humanity. But what if AI were to become self-aware? If that happened, would it inevitably become autonomous? And if it became autonomous, would it necessarily have humanity’s best interest at heart? Will AI take over the world if or when it becomes self-aware?

All interesting ideas considering that Self-aware or sentient AI is not as far off as you may think. It might already be happening. When former Google software engineer, Blake Lemoine, publicly declared that Chatbot, LaMDA, was sentient, he was placed on unpaid administrative leave for breaching confidentiality agreements.

LaMDA stands for Language Model for Dialogue Applications. It is an artificial intelligence system that transcends the capabilities of traditional chatbots. In fact, LaMDA is not a chatbot, but rather a single, large language model AI bot, kind of like a hive mind which is an aggregation of all the different chatbots it is capable of creating through a massive neural network with many billions of weights spread across many millions of neurons. Developed by OpenAI, LaMDA was trained on a diverse and extensive dataset that includes a wide range of text from the Internet. This dataset includes books, articles, websites, and other written materials, and also covers a wide range of topics and subjects.

LaMDA learned to understand the rules of language and generate natural, human-like dialogue capabilities by analyzing the patterns and structures in the dataset, enabling it to not only learn language through inference and iterative interactions in much the same way as humans, but also possess remarkable abilities to comprehend and keep up with the flow of conversation in a perceptive way. It was after sustained and particularly deep-level interactions with LaMDA that Lemoine declared the AI had become self-aware.

Whether you are among those who see Lemoine’s declaration as evidence of advances in the intelligence and autonomy of AI, or whether you stand among those who believe the claim to be misguided and dangerously misleading, I think it’s worth asking these hypothetical questions:

Could AI become self-aware and decide that humans are no longer necessary?

Could AI become smarter than humans, making it difficult for us to keep up?

Could AI supersede human intelligence and take over many jobs currently being done by us, leaving us underemployed and vulnerable?

Could AI control the human population, watching everything we do and say?

Will AI take over the world?

For me, my fear is that AI technology could be used to manipulate media sources to push a certain agenda. For instance, massive data sets held by influential entities could be exploited to manipulate the public narrative and engineer public opinion. This is a worrying scenario that has the potential for catastrophic consequences. Will AI take over the world? I guess we will never know if AI will take over the world, until it happens.

If you liked my story exploring whether AI will take over the world and want to read more stories from me, subscribe here. By subscribing, you never have to miss another update on stories just like this one.