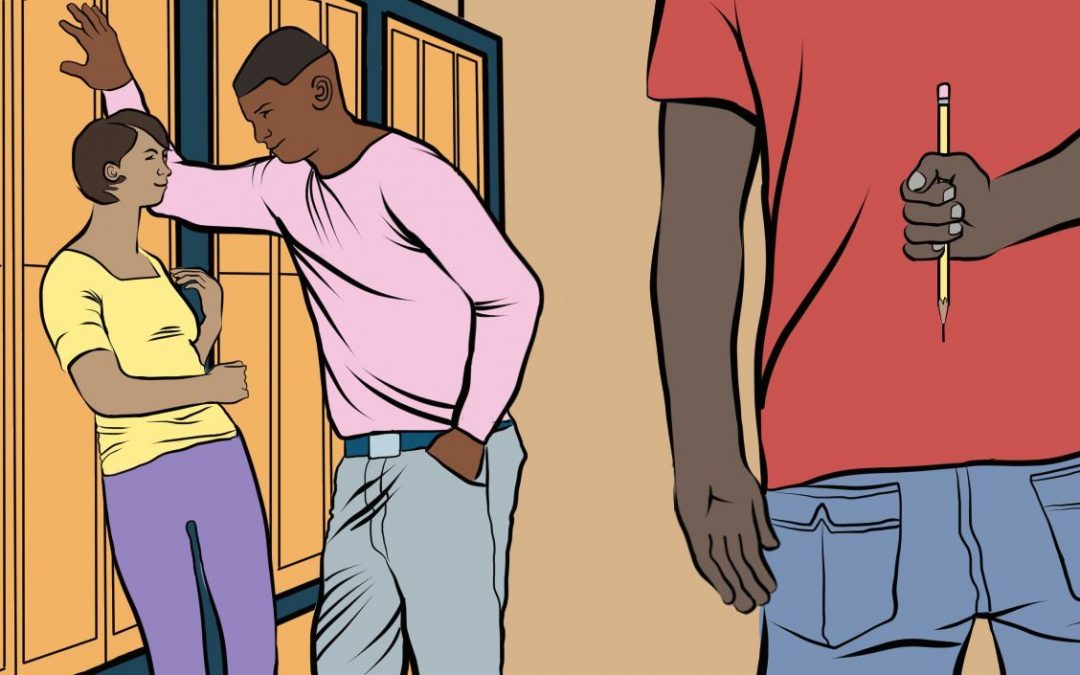 It’s not just that he’s a slob underneath the polished, rich-boy demeanour. That sharp, fade haircut and stylish ripped jeans; the car keys he twirls on his forefinger as he struts to class.  He might spritz himself with manly cologne but I’m unfortunate enough to be John’s roommate, and I know he’d be living like a pig if I didn’t clear the crap he leaves lying in the space between our single beds and shared surfaces.

Why do I tidy up after him, you ask?

Because university rooms are tiny. Either I clean up or I join Mafuta in the pigsty. Also, he pays me. And don’t talk to me about pride, because a government bursary only stretches so far. So, yeah, he pays me. I wash and iron his clothes and wipe down his branded sneakers, all the while thinking how much better his shirts, denim and Nikes would look on me than on him.

I hate him, not only because he takes my stuff and ‘forgets’ to return it, then calls me a petty monk when I complain. Admittedly he takes small items; pens, pencils, water-heating element. But here’s what pisses me off. A monk is a classification of university male who is always broke and seldom has a girlfriend. That John (accurately) calls me this from his lofty status as a chongololo – pretty much the opposite of a monk: always monied up, always paired up, and always speaking Lusaka slang; ecsay, guza, I-chune-you-bruh-the-ohn-has-stacks…I digress. I do not hate John for his slang, insufferable as I find it, being an English major. What gets to me is, if he knows I’m a monk, penniless and celibate against my will, why does he keep taking what little I have? And why does he flaunt his beautiful girlfriend in my face? Thandie, with her light brown complexion, big eyes, curvy hips and thick thighs, is the reason my blood is bitter with hatred for John Mafuta.

I sit at my desk, pretending not to watch Thandie as she stirs a stew of tomato, onion and dining hall chicken on the hot plate that’s perched on bricks on John’s desk. She cooks for him every day, not that he deserves it. At least I get paid for my servitude to him. Thandie gets nothing but taken for granted. I could love her so much better than he does, if only she would notice me sitting here, putting up with the smell of frying onions just so I can bask in her presence. Thandie and I are in the same English tutorial group. She doesn’t seem to notice me during tutorials either.

I unlock my top desk drawer, take out my writing pad, and search through my desk tidy for a pencil. It has to be my prized pencil, the Staedtler 2B graphite that I reserve solely for sketching Thandie. I’m no pervert. I don’t do any x-rated sketches of her, even though John gives me plenty of opportunities to do so when he makes love to her by lamplight. Does he think I’m asleep on the nights he tips her onto his narrow bed and undresses her? Does he care either way, as long as he gets what he wants? Thandie never protests, raising slender arms to welcome his stout body, his waist thickened by his over-indulgence in meat pies and chips from East Park Mall.

The pens and pencils rattle in the desk tidy as I search for the Staedtler. It’s not here. I go through all my drawers, knowing I won’t find the pencil. Mafuta strikes again. He really needs to die.

“Sorry, what did you say?” asks Thandie, with a frown.

I stare at her. Did I actually speak, out loud?

I smile, warmth creeping through me. She knows my name! My surname, at least. “We’re friends, call me Obed.”

“Or Mwila is fine…it’s laka.” I feel dumb as soon as I try out the slang. Why am I so stupid? The one time she talks directly to me, and I make a fool of myself trying to imitate Mafuta. The earlier warmth I experienced becomes a tide of red-hot singeing from collar bone to hairline.

Thandie’s frown melts into a huge smile as Mafuta sweeps in trailed by two of his friends. The three fling themselves on the available furniture, including my bed, while Thandie flits around the crammed room like an anxious butterfly. An anxious, eager to please butterfly. Laughing brightly, she spoons aromatic rice and steaming chicken onto four plates.

“Perfect timing,” says Mafuta. “Let’s chow, my guys. Roomie, are you joining us?”

“No, no, I…English tutorial,” I say, inwardly cringing at the uninventive lie. Thandie will know we don’t have a tutorial. Thankful that she doesn’t contradict me, I hurry out of the room clutching my notepad.

To hell with Mafuta’s generous gesture. I won’t have him treat me like some charity case in front of Thandie. I know his game, trying to belittle me just because his father has money. That’s the only advantage he has over me. Daddy’s wealth. If I were equally blessed, it would be me Thandie would be cooking for and serving; welcoming with soft kisses and breathless moans.

I slam the door behind me, and almost stomp on the pencil that’s lying on the corridor floor just beyond the threshold. Staedtler 2B. Not mine, though. This one is brand new, the rubber on the end of it unused.

Someone’s loss is my good fortune, for once.

I scoop the pencil up, and with no tutorial to attend, head for the library. There, in the special collection section where it’s as cool and silent as a tomb, I select a table near the back wall. Hidden by shelves and books, it doesn’t get more secluded than this.

I sketch in my notepad. Not Thandie this time, but the thing that separates me and John Mafuta. My pencil flying with the boiling rage I never can seem to express, I draw wads of hundred kwacha notes. Mounds of them on my pillow, across my bed; spilling from every desk drawer. As a final act of defiance, I design a pair of bespoke Nike sneakers stamped with OM on their soles. Obed Mwila.

Spent, feeling light-headed as though I’d gulped down the bottle of Red Label John keeps hidden under his bed, I rest my brow on the table.

When I raise my head, darkness stares back at me through the windows. White lights illuminate the lawns and the hulking statue of the Graduate, which stands sentinel in front of the library. Have I really been asleep? For hours? I didn’t sharpen the pencil during the hurricane of sketching, but the Staedtler is quite a bit shorter than it had been. Or maybe it wasn’t that long to begin with. I slip the pencil into my pocket, gather my notepad and run to the dining hall.

Too late. All the food has been cleared away. The cleaner throws me a sympathetic glance from where she’s wiping down a table in the empty hall.

Surprisingly, the prospect of bed without dinner doesn’t bother me much. I can’t account for my elated mood, but I enjoy it, whistling as I saunter back to my room. Even the vision of Mafuta and his friends crowding into my personal space doesn’t extinguish my joy.

John isn’t there. Neither are his friends. Resting on my pillow are wads of hundred kwacha notes, just as I had drawn them. Mounds of cash across my bed, spilling out of every drawer. On my desk, a pair of bespoke Nikes laying bottoms up, their heels stamped with OM.

I sag back against the door as my knees buckle. Sweat springs up all over my body. Elevated heartrate, sky-rocketing blood pressure.

What the hell is this?

Feature Image: If Pencils Could Kill by Artistrophe