The Terrifying Theory Behind UFO Sightings in the US 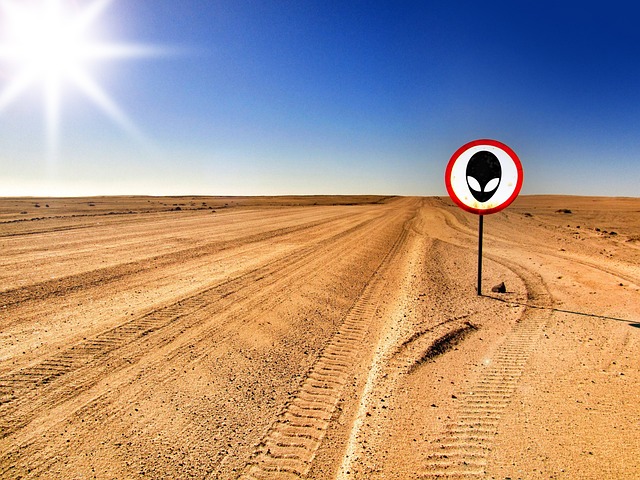 Isn’t it a little too convenient that most sightings of UFOs are in the US? There are 195 countries in this world and yet UFO sightings in the US dominate headlines with sensational stories about extraterrestrials visiting the Nevada Desert or some other romanticized place like that.

If aliens were to travel thousands of light years to visit earth, it would be illogical for them to come all this way and not exploit this opportunity to explore the rest of the planet. I imagine it would take them mere seconds to pass through all the countries in the world. So why is it that UFO sightings in the US are reported for the majority of the time?

Skeptics are quick to chalk up the many sightings of UFOs in the US to mass hysteria brought on by Hollywood movies and pop culture. But it’s one thing when Sketchy Joe’s uncle claims seeing strange lights in the night sky through his bedroom window, and quite another when high-ranking former US defense and intelligence personal come forward with similar stories.

In 1948, a UFO was seen in the skies of Alamos in New Mexico. It was spotted near Alamos National Laboratories where atomic bombs were developed and tested. Eyewitnesses included two pilots who observed that the UFO resembled a huge green meteor. The sightings caused a stir among scientists and researchers who were working on the top-secret Manhattan Project at the time, which was a research and development project undertaking during World War II and produced the first nuclear weapons.

In 1967, Airman First Class Robert Salas was on duty at Malmstrom Air Force Base in Montana. He was stationed 60 feet below ground monitoring the launch control center for nuclear missiles when he received a call from security above ground. The guard had spotted something mysterious hovering over the base, describing it as some lights silently making odd maneuvers in the sky. However, this was not an isolated incidence. UFOs were spotted at the base on a regular basis throughout the 1960s and 1970s.

A documentary film by author and UFO investigator, Robert Hastings, investigates UFO sightings in the US by military personnel and is based on Hastings’ book by the same name. It is the culmination of the more than 40 years he spent tracking down and interviewing military veterans who worked in various parts of atomic weapons programs. Over 150 of these military veterans, who include missiles officers and security personnel claimed they’d seen UFOs hovering over nuclear site facilities. In addition, hundreds of formerly classified documents have been released to the public domain to reinforce the numerous credible eyewitness accounts. One such set of documents are known as Project Blue Book. Currently in the custody of the National Archives, they include retired, declassified records from the United States Air Force based on investigations of UFOs from 1947 to 1969.

Concerningly, it may appear that the motives of the extraterrestrial invaders have escalated over the years. Before, UFOs were seen eerily but passively hovering in the sky. But in Hastings’ documentary film there are instances of alleged UFOs infiltrating restricted airspace over nuclear bases. In one chilling incident in the film, military photographers using telescopic lenses capture a UFO disabling a warhead that was fired during a missile test. In the UK, India, Pakistan, Russia, and other places where there are nuclear tests occurring, similar incidents are increasingly being reported. What are we to make of this connection between UFO sightings in the US and nuclear sites?

If I was a military general and I had the capability of stealthily infiltrating what I perceive to be a “potential enemy’s” territory, the first thing I would do is launch a reconnaissance sweep to establish the stronghold of that territory. I would target military sites, searching for strategic features and weak points; and obviously, the discovery of nuclear weapons would raise a huge red flag. Of course, I’d be paying these nuclear sites special attention.

Do you think this is what the aliens are doing?

OVERSEERS OF THE GALAXIES

Or maybe they know something we don’t know. Maybe they’ve seen it all before. Maybe they have first-hand experience of the destruction of nuclear war and are self-appointed overseers of the galaxies to make sure such devastation never happens to any civilization ever again.

Big brother or foe, either way, that extraterrestrials are taking it upon themselves to monitor our nuclear weapons and sites gives me no comfort. I think I would sleep better at night if there were no nuclear bombs.

Read this far? You might also like my blog posts on the mystifying appearance of UFOs in old paintings and dreams about spaceships.

If you liked my story about UFO sightings in the US and want to read more stories from me, subscribe here. By subscribing, you never have to miss another update on stories just like this one.

Share abundantly with family and friends who will enjoy this blog post as much as you did.