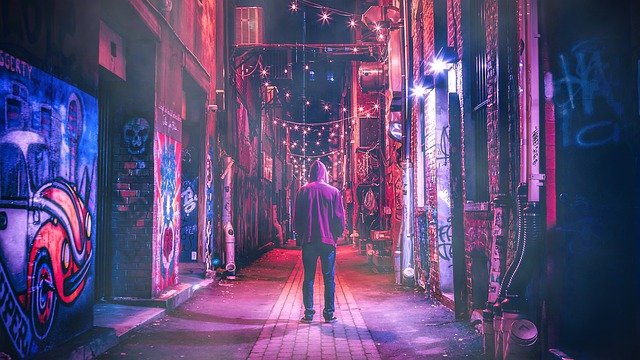 Why do we love urban fantasy with a male lead so much, especially when he is a jaded cynic? Is it because we can relate to the character’s world-weariness, or is it because we enjoy reading how he overcomes his cynicism and finds hope in the end?

I find that in urban fantasy, this trope is popular, and for good reason. A cynical lead brings an interesting tension to the plot that keeps us guessing as to whether he will eventually open himself up to new possibilities.

This can be said of Obed Mwila, the cynical lead in the urban fantasy short story series, The Pencil, by Mbozi Haimbe. In Part 1 of this series, we are introduced to Obed, a student at a university in the bustling city of Lusaka in Zambia.

It is established early on that the student community on the university campus where Obed lives is structured according to a strict social hierarchy. In this ecosystem, Obed is known as a “monk”, a classification for those on the campus notorious for being penniless and celibate.

On the other hand, Obed’s roommate, John Mafuta, is from the opposite end of the spectrum. As a “chongololo”, he is always monied up and most certainly always has a pretty girl hanging on his arm. No wonder why the disparity between the two roommates’ circumstances brings out the cynic in Obed.

But towards the end of the story, Obed finds a magic pencil, which he soon discovers is capable of manifesting into reality anything he draws with it. As you may expect, he quickly goes about sketching into being wads of cash and a pair of fancy Nike sneakers.

In Part 2 of The Pencil, the tension between Obed and his roommate, John, escalates when the latter turns up with his girlfriend Thandie. Obed has been crashing on Thandie since forever. The girl makes him awkward and trip over his words whenever she is near. Somehow, she always makes him feel like a fool.

“Take a walk, Roomie. Come back in an hour or two,” John demands, winking conspiringly at Obed, a cue that he wants some alone, quality time with Thandie.

The cynic in Obed goes into overdrive as he observes: “John’s smirk widens into a sneer that drips with superiority. He doesn’t question his entitlement to throw me out of my room, I’m sure; nor does he doubt that I’ll slink off without any further protests. He’s right.”

Exiled to the student square, Obed sits on a concrete bench that faces his room’s balcony. Thandie comes to the glass door. She stands there like a bird about to take flight; in Obed’s mind, that is. Do their eyes meet across the square? He swears they do. But then she closes the curtains and shuts him out.

I’d like to see where the Obed-Thandie-John “love-triangle” leads to down the road, especially now that the socio-economic playing field could potentially be evened, thanks to Obed’s magic pencil. I mean, what’s to stop Obed from drawing into being a reality for himself that is as charmed as, if not, more charmed than John’s. Would he be more of a contender for Thandie’s affections then?

Besides the Jaded Cynic, there seems to be a plethora of tropes that can be attributed to urban fantasy with a male lead. One of these is the Tortured Soul trope. In stories with this archetype, the main character is often burdened by a dark past or some other heavy emotional burden. Despite these challenges, However, the tortured soul often finds the strength to fight on and overcome his obstacles.

The Loner is another trope popular in urban fantasy with a male lead. The loner is typically an alpha male character who can be considered strong and independent. Usually with a dark past, he has the tendency to keep people at bay. He does not need anyone or anything, except maybe is trusty sidekick to have his back when the going gets tough.

Let’s give the Heartthrob trope in urban fantasy with a male lead some love for a minute. Isn’t there something about a gorgeous, badass male lead that just makes our hearts race? Whether they are magical creatures like vampires or werewolves, or simply supernaturally gifted humans, these guys always manage to get our pulses racing.

And then there is the mother of all tropes in urban fantasy with a male lead – the Reluctant Hero. The Reluctant Hero is often dragged into some sort of adventure or conflict they initially want to have nothing to do with. This usually makes for an interesting story as the reluctant hero must rise to the occasion, in the process confronting their greatest fears and embracing their destiny.

Click here to read The Pencil Part 2, by Mbozi Haimbe.