UFO Sightings Around the World You Probably Didn’t Know About 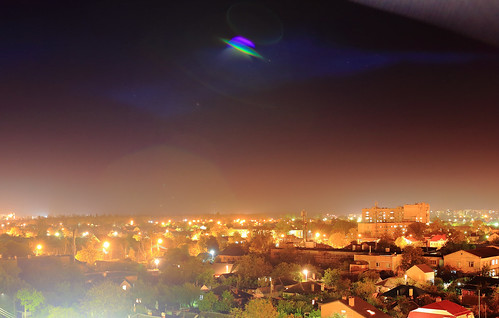 Sites in the US like Roswell in New Mexico and Area 51 in Nevada have become so synonymous with UFO activity that the thought of UFO sightings around the world is almost inconceivable. Some skeptics argue that the many sightings of UFOs in the US are due to mass hysteria brought on by Hollywood movies and pop culture. While others believe that the possible reason there are disproportionately more UFO sightings in the US than any other part of the world is more terrifying than any of us could imagine. I talk about UFO sightings in the US and the link to nuclear activity in another blog post which you can read here.

But today I want to talk about UFO sightings around the world. While the US remains the hotbed for UFO activity, it seems of late that there has been an increase in UFO activity outside the US. You’ll be surprised the most unlikely places UFOs have turned up.

On September 16th 1994, a UFO was spotted outside of Ruwa district in Zimbabwe. Sixty-two students at Ariel School aged between six and twelve claimed they saw silver UFOs descend from above before landing on a field near their school. Creatures with big, orb-like eyes approached the children, telepathically communicating to them a timely message of environmental awareness. This incident has become one of the most famous cases of UFO activity in Africa, and ufologists continue to cite it as providing compelling evidence of extraterrestrial visits to Earth. Interestingly, there were similar reports of strange lights and aircraft in the skies above other parts of Zimbabwe as well as neighboring Zambia, and South Africa.

When it comes to UFO sightings around the world, the village of Hessdalen has been witness to a fair share of UFO sightings and otherworldly creatures since 1981. Hessdalen is a village in Norway approximately 120 kilometers south of the city of Trondheim. Hessdalen has a 15 kilometer stretch of mountain range in which witnessing UFO activity has become something of a staple. From 1981 to 1984, residents in the village of Hessdalen experienced a high frequency of alien activity, so much so that 20 reports of UFO sightings per week were made during that period.

Despite the low UFO activity in the small village today, there is still a lot of interest among researchers. In 1998, an observation station was built to overlook the valley and monitor extraterrestrial presence, which is still in use today. Although similar occurrences of strange lights in the sky especially in the north of Norway have logical explanations, in Hessdalen scientists continue to search for one.

SIGHTINGS FROM THE CAMPFIRE

In March 1966, a party of Bedouins were camping on a beach outside the town of Jubail near some oil fields in Saudi Arabia. It was a night like any other night with the campers relaxing around a campfire and looking up at the starry sky from time to time. Suddenly, something strange appeared in the sky. It was very large, oval-shaped, and radiating out a brilliant blue light. In utter disbelief, the campers watched as the massive UFO glided smoothly through the air, hovering directly overhead for several minutes. And then as suddenly as it had appeared, it was gone.

SIGHTINGS FROM THE SCHOOL YARD

It is April 1966, the students of Westall High School in Victoria, Australia are playing cricket in the school grounds. A round, disc-like UFO suddenly appears in the sky. It is hard to distinguish it from the clouds as its grey and silver colors camouflages it against the broody skies. And then a second UFO appears, causing commotion among the terrified onlookers. One of the students scampers to her classroom to alert the teacher.

Mr. Greenwood arrives at the scene of commotion in time to witness five light, manned aircraft engaging with the UFOs. They play a cat and mouse game where the UFOs fly at impossible speeds and out-maneuver the manned aircraft. Word quickly spreads around the school and about 200 people end up witnessing the UFOs. Barbara Robins, another teacher at the school, starts taking pictures of the spectacle. They are later confiscated by grim men in military camouflage.

UNOFFICIAL UFO CAPITAL OF THE WORLD

Talking about UFO sightings around the world, I was surprised to learn that UFO enthusiasts consider San Clemente in Chile to be the unofficial UFO capital of the world. Hundreds of thousands of UFO sightings have been reported there. It is said that a particular area in San Clemente is such a UFO magnet that as much as one UFO is reported every week. This area has become so popular that in 2008 the Chilean tourism board established an official UFO trail.

The trail is about 19 miles long, running through the Andes Mountain and along Colbún Lake, which has proved popular with UFOs apparently for its high mineral content. But the trail’s most spectacular site is El Enladrillado. Researchers believe that ancient civilizations created this huge, bizarre flat area by systematically laying 200 perfectly cut volcanic blocks. Believed to be the landing pad for extraterrestrials, it takes the better part of four hours to get to the site on horseback.

Read this far? You might also like my blog posts on UFO sightings in the US, the appearance of UFOs in old paintings, and dreams about spaceships.

If you liked my story about UFO sightings around the world and want to read more stories from me, subscribe here. By subscribing, you never have to miss another update on stories just like this one.

Feature Image:  Photo by Be Creator