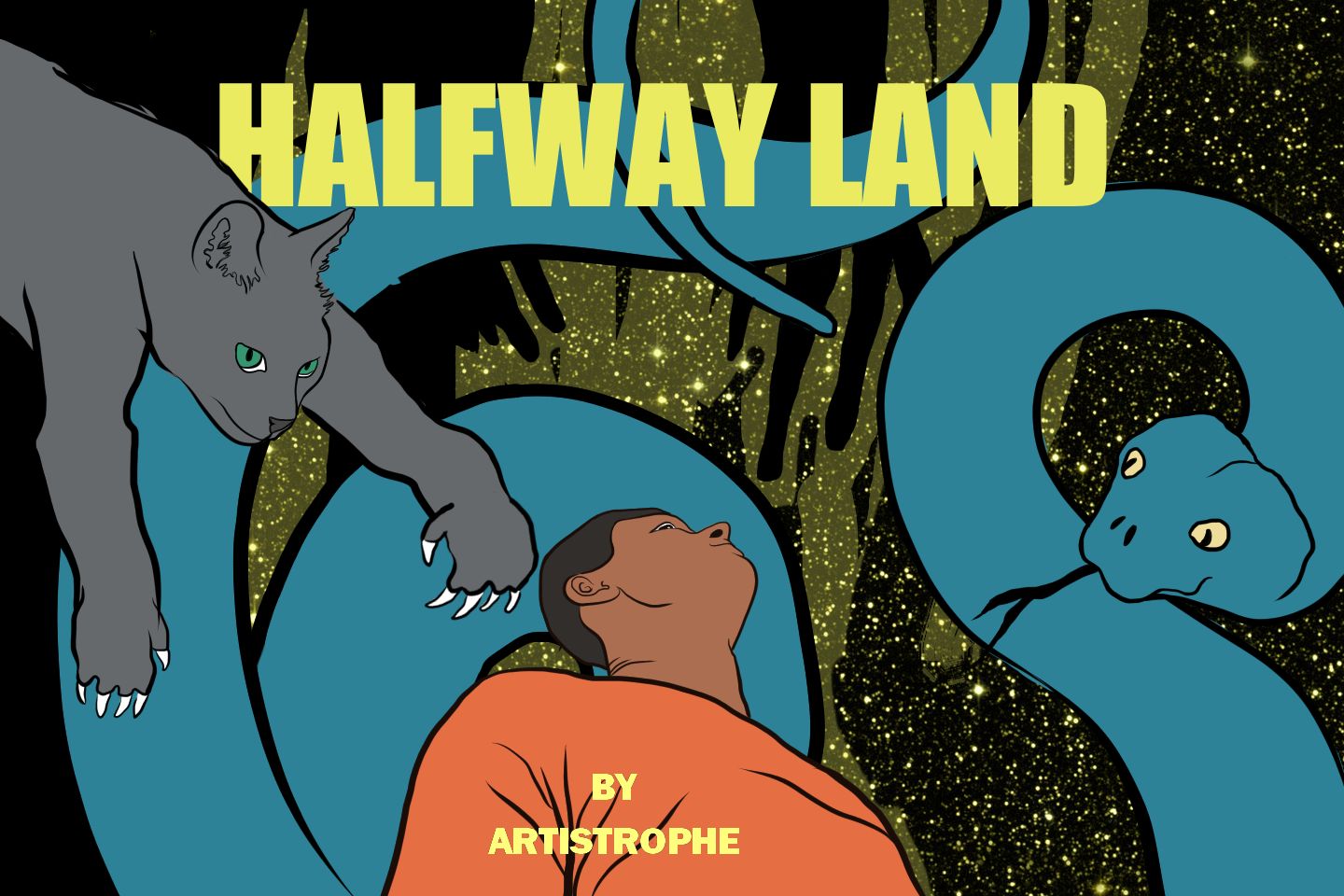 Uncle Dream Walker, that’s what you and the other kids in the family called him growing up. Watching him lie there so lifelessly, mourners gathered around his casket, you wonder whether he now walks in the other dimension. After all, in death he has officially joined the constellation of ancestors.

At least that’s what Uncle Dream Walker would have liked you to believe. He was a superstitious man who talked about the Halfway land. He described it as a bridge between this world and the spirit realms, an intermediate state between life and death, awake and sleep.

Later, long after Uncle Dream Walker is buried and the other mourners are asleep, you alone are still awake in the small hours, scrolling on your phone. Suddenly, your phone emits a bright, white light that seems to suck you in. It swallows you whole, and you find yourself in a strange realm…

Where are you? What’s going on?

Play the game to find out what happens next.

This game was made possible with the support of the Ontario Arts Council of Canada. 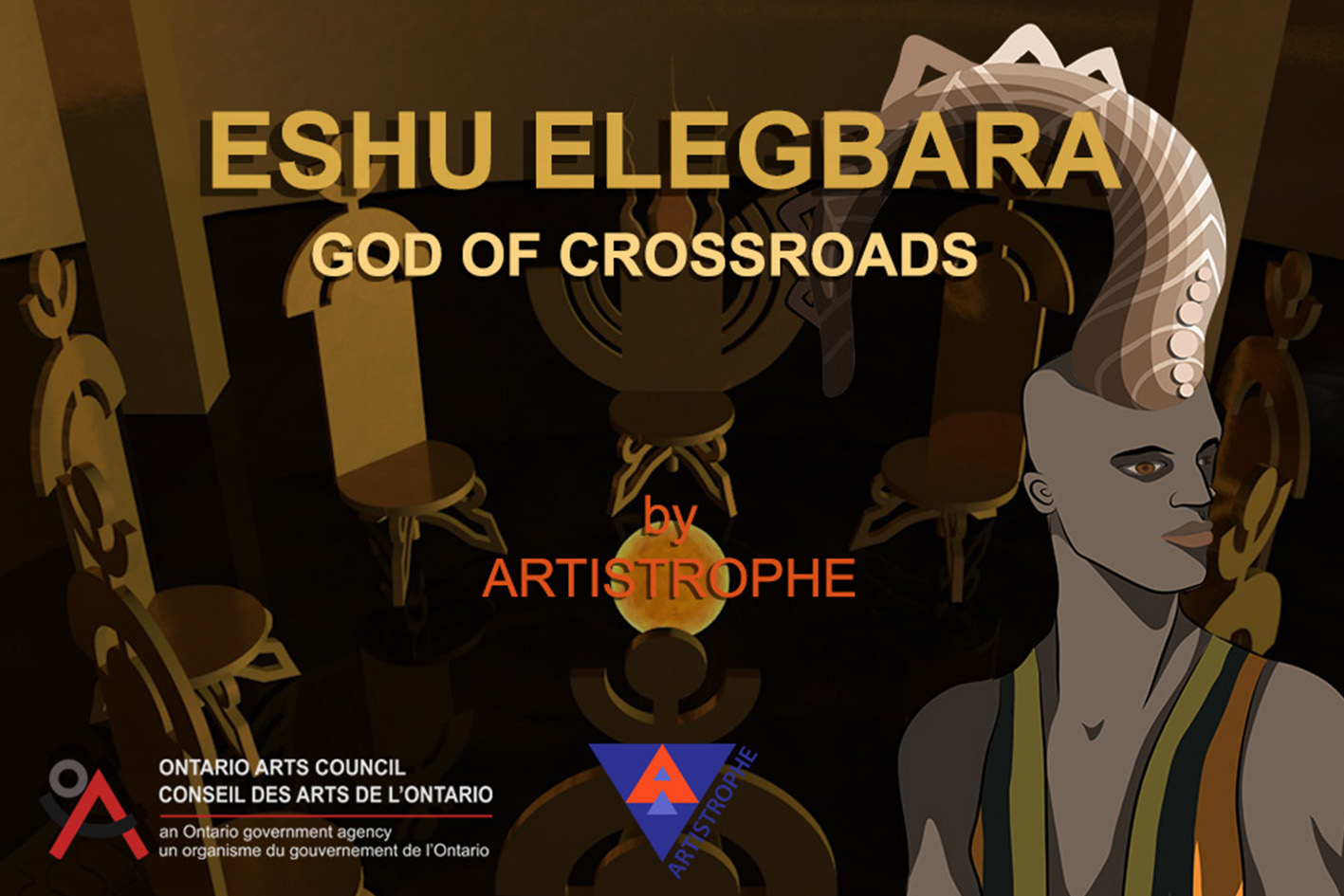 Eshu Elegbara is the god of crossroads, the gatekeeper between the realm of men and that of the gods. He knows all languages and is fluent in cosmic.

But he is unreliable and loves to cause mayhem. He is full of riddles. Each question that you ask him receives four answers. For every gateway that closes behind you, four portals open in front of you. Such are the ways of Eshu.

Eshu’s mischief somehow brings you to a crossroad where you unwittinly cross the line into a liminal world, in other words, the Halfway Dimension. You must survive three trials to make it back to the realm of men.

Will you make it past Eshu’s mischief, or are you doomed to spend eternity in the Halfway Dimension?

Play the game and find out

This game was made possible with the support of the Ontario Arts Council of Canada. 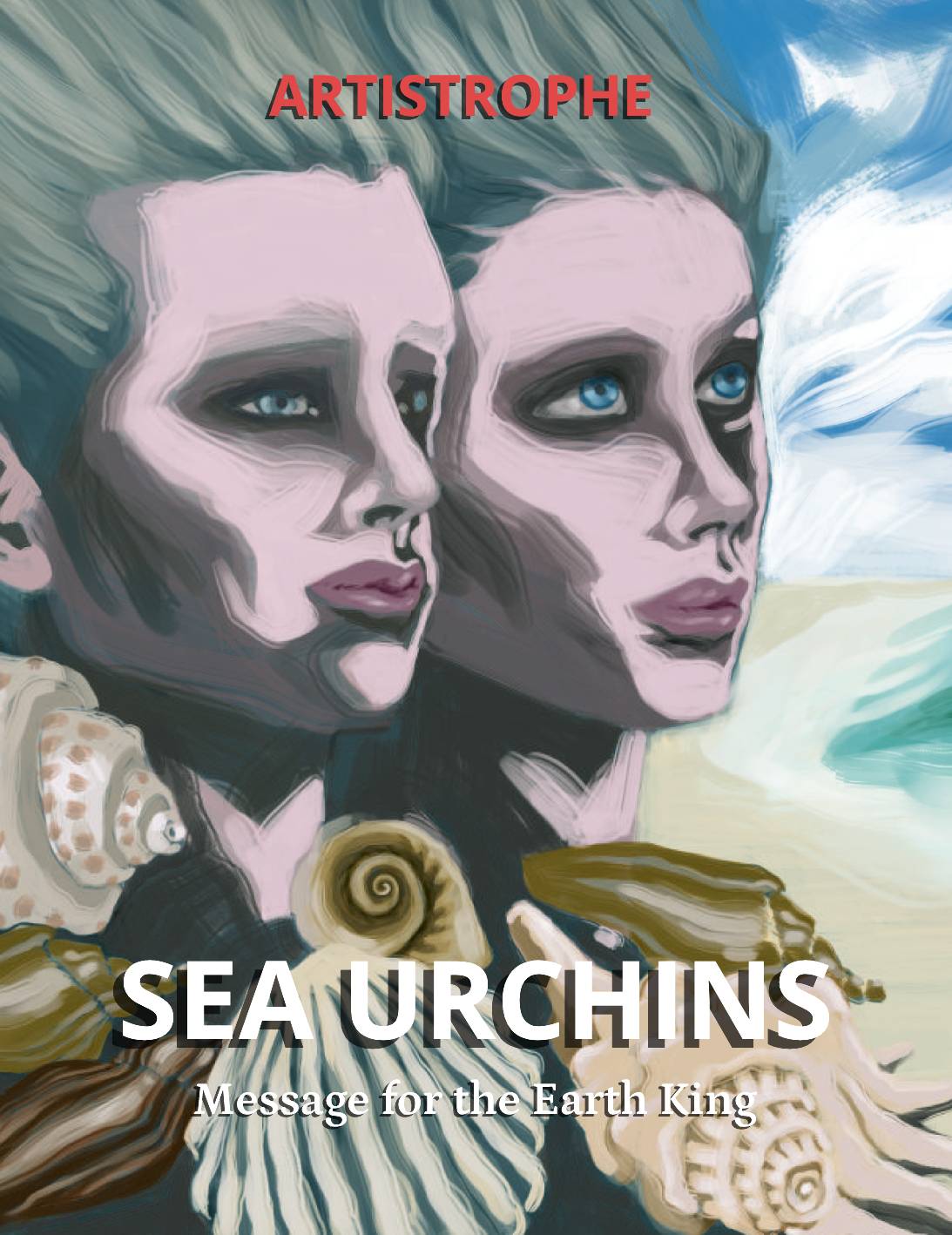 Get your download of Sea Urchins, Message for the Earth King right here: