Who’s Afraid of the Waking Dream – Awake or Asleep? 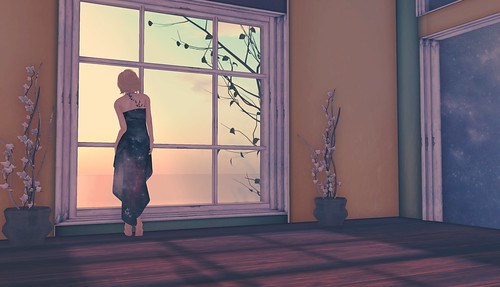 Chances are many of us have heard about the mystifying phenomenon of the waking dream. But if you haven’t, you may be wondering what a waking dream is. Have you ever had one of those strange experiences where a dream felt so real you couldn’t tell the difference between the dream and reality? When this happens, it feels like the dream and reality blend together. It’s kind of like you’re awake but everything around you is still a dream. It may even feel like someone, or a shadowy presence, is physically in the room with you, and then suddenly you snap out of the dream and realize you’re all alone in the room. That could be a waking dream.

During a waking dream one may experience distorted perceptions of the environment, as well as hallucinations. Others still have reported experiencing the sensation of paralysis, suffocation, or being choked during a waking dream. This has led many cultures around the world to believe that this phenomenon is caused by visitations from otherworldly entities such as spirits, demons, or other grotesque creatures belonging to traditional folklore.

After the strange dream I experienced the other day, I don’t blame anyone for believing that waking dreams are visitations from sinister beings. I’d woken up at 3am that fateful night, and for some unfathomable reason decided to stay awake until my alarm clock on my bedside table went off at 5am. Somewhere along the way I fell asleep again. And just before the alarm rang, I dreamt that I was asleep in my old room, in the house where I spent my teenage years. It had a big glass door that led onto a balcony. Someone was on the balcony trying to force the doors open and break into my room.

I snapped out of the sinister dream. The realization that the glass door from my old room ran along one wall of my actual bedroom disconcerted me. I got the sense that the man who had been trying to break in was now in the room with me. But terrified, I could not move my body nor turn my head. All I could do was take a glimpse – in my peripheral vision – of the shadowy figure of the man. He had a weird-shaped head, scrawny neck, and bulging chest. I could not scream even as he approached me in the dark. The sounds of terror that escaped from my throat sounded like the guttural moans of a wounded beast. I could hear them so vividly in my own ears, as if I was standing outside of myself looking in.

The glass door from my old room dissipated as soon as I gained back the ability to move. When I turned my head to look at the shadowy man, it turned out to be my portable stationary bike, which was propped upright against the wall. My backpack was hanging off one of the handlebars by a strap, just where I’d left it earlier on in the evening. I still can’t tell whether all this had been a dream, or if I had been awake the whole time. But what I’d really like to know is why waking dreams actually happen.

The scientific term for waking dreams is Hypnopompic Hallucinations. These are the type of hallucinations that can occur when people are waking up from sleep. It causes people to see, hear, or feel things that can be very realistic but aren’t actually there. While the experience can be unsettling, it is quite common and generally not considered a cause for concern.

To better understand what may cause waking dreams or hypnopompic hallucinations, we need to take a closer look at our sleep cycle. There are basically two types of sleep – Rapid Eye Movement sleep (R.E.M), and None Rapid Eye Movement Sleep (N.R.E.M). The R.E.M sleep cycle is the type of sleep that occurs in the second half of the night. It’s responsible for our dreams as during this stage our brains are experiencing highly intense electrical charges and are therefore extremely active.

On the other hand, there is almost no electrical activity during N.R.E.M sleep cycle, which is why it is referred to as deep sleep. This type of sleep is often characterized by a state of dreamlessness accompanied by muscle atonia or paralysis. The body is relaxed, and the brain is quiet. N.R.E.M sleep occurs before and after R.E.M sleep cycle. It is precisely at this moment between R.E.M sleep and N.R.E.M sleep that hypnopompic hallucinations may be induced. A trigger in the brain chemistry causes a near-waking state. However, since this trigger is often not powerful enough to jolt a person completely out of deep sleep, they are caught in a transient state where their mind is fully awake, but their body is trapped in the paralysis of deep sleep.

Researchers believe a possible reason hypnopompic hallucinations or waking dreams are more often than not horrible experiences is that their processes appear to be related to serotonin and dopamine deficits, which result in a predisposition to negative mental states.

If you’ve ever had a waking dream, tell me all about it. Drop me an email at artistrophe@artistrophe.com

In fact, just tell me about your weird dreams, waking dream or not.

Read this far? You might also like my blog posts on Sleep Paralysis, Dream Walkers, Paranormal Dreams, and Dreams about Spaceships.

If you liked my story about waking dreams and want to read more stories from me, subscribe here. By subscribing, you never have to miss another update on stories just like this one.