Why Han Solo Is the Greatest Smuggler in the Galaxy 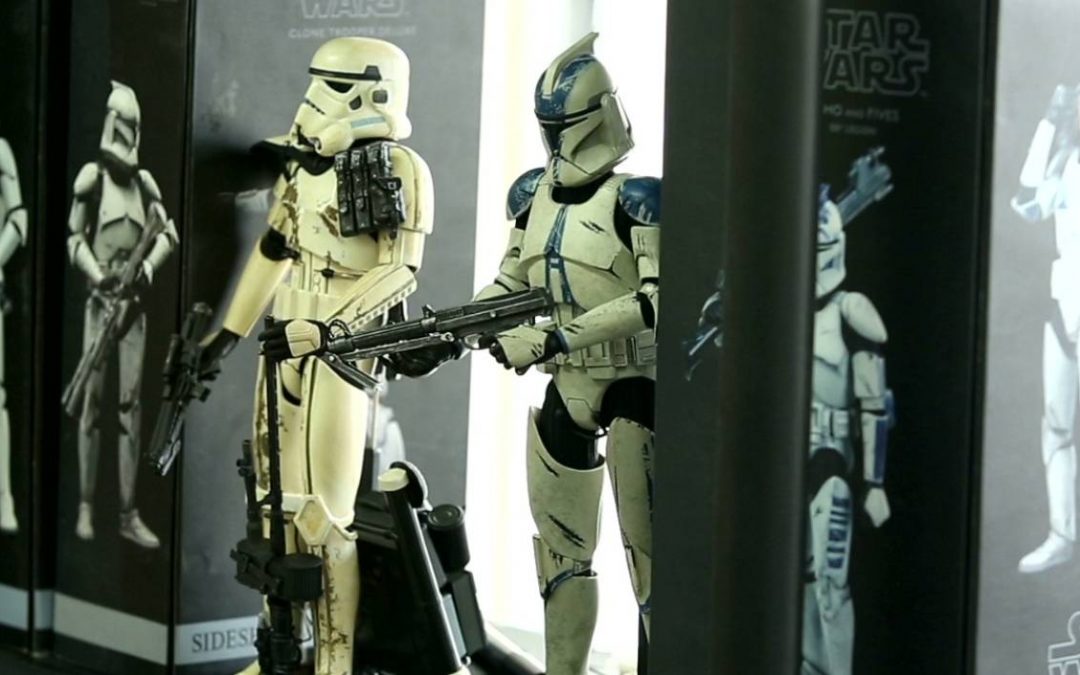 When I watched the Original Trilogy of Star Wars as a kid, I remember being captivated by the character Han Solo, who was played by Harrison Ford. He was the cocky guy with the lop-sided smirk, who had the uncanny ability to slither out of trouble and come out on top even when the odds were against him.

With his brave, confident, and fearless disposition that never seemed to fail him whether he was on the run from Imperial forces and all manner of bounty hunters, rescuing Princess Leia from the Death Star, or aboard the Millennium Falcon dodging fast-moving asteroids on the Kessel Run, no wonder why Han Solo is hailed as being one of cinemas greatest heroes.

When we first meet Han Solo in the first installment of the Original Trilogy, A New Hope, he is a smuggler who agrees to transport Luke Skywalker, Obi-Wan Kenobi, and droids, C-3PO and R2-D2 on a secret mission from Tatoonie to Alderaan. He agrees to carry this most portentous cargo because he needs the money to pay a huge debt that he owes to a notorious gangster known as Jabba the Hutt.

In those earlier days, Han Solo got regular smuggling gigs from the Hutt clan, a large, slug-like sentient species well known for being a crime syndicate of galactic gangsters. Han had a reputation for being one of the most talented pilots known to Nar Shaddaa, otherwise known as the “Smuggler’s Moon”.

Nar Shaddaa was the largest moon of the planet Nal Hutta, the hometown of the Hutt clan. An urban sprawl covered the entirety of this moon, a city so densely populated that the city lights could be discerned from space. Being a barren moon that had been terraformed to support life, Nar Shaddaa was dependent on imports for food and raw materials, and just about anything that is essential for making life bearable.

By the time of the galactic Civil War, Nar Shaddaa had the reputation for being the haven for pirates and outlaws. It was quite possibly one of the most dangerous cities in the galaxy seeing as all sorts of illegal activities went on there with impunity towards law enforcement authorities throughout the galaxy.

It is within this context that crime lord, Jabba the Hutt, builds a massive criminal empire, which he rules over from his palace on Tatooine. Jabba likes doing business with Han Solo because he always delivers. He goes boldly where other galactic smugglers fear to tread. But the crime lord-smuggler relationship goes sour when while smuggling a shipment of “spices” for Jabba, Han is forced to dump it in the Maw Cluster to avoid capture by the Imperials. Hans Solo now owes Jabba the Hutt a serious debt. And when it becomes apparent that he is unable to pay the debt, a bounty is put on his head.

Now the spices that Han Solo smuggled for Jabba the Hutt were not the kind that you put in your grandma’s secret recipe of chicken potpie. Spice is the Star Wars’ equivalent of illicit drugs. These ranged from relaxers to stimulants, and came in form of liquid, powder, or rocks. Ironically, this trade was controlled and regulated by the Empire, making it extremely expensive and illegal for an ordinary citizen of the galaxy to trade in.

Of all the spices, Glitterstim, produced from the silk of Energy Spiders, is the most potent and valuable spice. It is priceless because not only is it a feel-good drug, but it also temporarily bestows telepathic abilities upon whomever consumes it. Just imagine the fortune of playing Sabacc when high on Glitterstim!

Important to this illegal spice trade was the Kassel Run. Smugglers used this route to transport spice from mines on the planet Kessel because it was difficult for the Galactic Empire to patrol this route mainly due to two natural formations, the Maw Cluster and the Pit. The Maw is an unstable and unnavigable cluster of black holes, while the Pit is an inhabitable area of space ridden with stray asteroids. Thus smugglers, weary from their journey through the treacherous Maw, were highly likely to collide with an asteroid or two in the Pit.

But not Han Solo. The man was crazy enough to use the black holes in the cluster to travel across wrapped space-time in the fraction of the time it would take the other smugglers to navigate around it and arrive at the same destination, making him one of the most successful smugglers in the entire galaxy.

I describe futuristic smuggling in my graphic novel, Ananiya the Revolutionist. This is a dystopian story that s set in the near future, on a colony in outer space called Arcanarc.

Super City Arcanarc is a man-made marvel consisting of awe-inspiring architecture that includes whole city blocks which, hanging in the atmosphere, defy gravity. The One Consciousness Corporation runs things around here. It has instituted the dogma of conformity in the interest of the collective. According to this dogma everyone in the colony is the “same”, bound together in one consciousness. And so, the Corporation, through the ominous, ever-present Guardian, censors and polices the people to make sure that it is so. It controls every aspect of life so much so that Arcanarc basically becomes an economy-based dictatorship.

In rebellion, the resistance and non-conformists create their own subterranean city beneath the shiny surface of super city Arcanarc called sub city Arachnida. Because this society exists outside the main economy, the kind of economic activities the Arachnidites engage in are informal, most of them dealing in the underground entertainment and black-market industries.

Araka is a street-smart smuggler who has earned the reputation of also being one of the most dependable black marketeers in Arachnida. Most of the contraband he smuggles is supplied by his contacts on Mainland Earth. His enterprise, Araka Merchants, is a little store at the end of Silicone Market where recycled and secondhand sex robots from Arcanarc are loaned and sold to the highest bidders. It is haphazardly stocked with a curious assortment of illegal goods, from weapons smuggled from Mainland Earth to vials of love potion supplied by the neighborhood priestess. It is altogether not nearly as glamorous as Han Solo’s spice trade.

There is a scene in the graphic novel where the main character, Ananiya, gets caught up in a rare public protest in the city square as she is returning from work. The guardian wastes no time in gassing the protestors, which leaves Ananiya choking and gasping for breath. As she would later describe to a friend, “I can still taste the gas from the raid at the city square in the back of my throat, and my insides are turning into jelly. I am dying.”

The friend advises her to see someone about it, to which Ananiya assures her that she will go to Araka’s store right away. And what do you know, Araka the Cosmic Black Marketeer has just the right remedy! “This stuff’s so amped up it will take the edge right off in no time,” he promises, taking a vial of neon-blue, radio-active looking liquid out of a cabinet and handing it over to a skeptical Ananiya. For all her skepticism, Ananiya uncorks the vial and quickly swallows down the liquid, and in no time is feeling right as rain.

If you want more stories and art, or to get the first scoop on all the cool stuff we’ve got to share. click here.